IDGC of Centre — Kostromaenergo division is the main electric grid company in the market for electric power delivery of the Kostroma region. The main consumers of Kostromaenergo are residents of the region and agricultural, machinery, metal, wood processing enterprises.

The first small electrical installations in the Kostroma region appeared in the late XIX century. The capacity of power plants operating in the factories was 2140 KW. To ensure the priority development of the power industry in the region the Council of Ministers of the RSFSR by the order of January 4, 1961 assigned the Kostroma Economic Council to create a district energy agency “Kostromaenergo”. The Economic Council by its decision of January 30, 1961 # 13 incorporated DEA “Kostromaenergo”.

The current period of Kostromaenergo began in March 2008 with the merge of the utility to a single operating company IDGC of Center, JSC.

In 2006 Kostromaenergo was awarded with the laureate title of the All-Russian contest “Russian organization of high social efficiency” and in 2007 following the results of participation in that contest it was awarded with the diploma signed by Deputy Prime Minister — Minister of Finances Alexey Kudrin. In 2010 IDGC of Centre — Kostromaenergo division won first place in the regional stage of this contest. 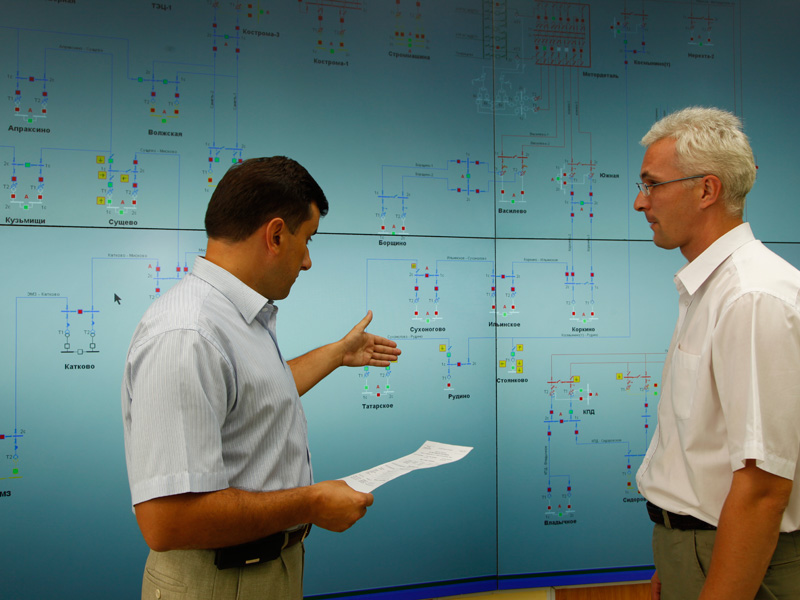