Igor Makovskiy: mobile inspection control groups in the first half of the year stopped the theft of electricity in the amount of about half a billion rubles

Rosseti Centre and Rosseti Centre and Volga Region summed up the results of the first half of the year of activities of mobile inspection control groups operating under the security subdivisions of the power companies. During this period, the groups’ specialists identified and suppressed more than 400 facts of theft of electricity with a total volume of 81.2 million kWh. The revealed damage amounted to 462.8 million rubles.

“We started a pilot project to create mobile inspection control groups at the security units in 2019 - and today they have already shown their unconditional effectiveness, making a significant contribution to the fight against energy consumption. It is clear that the groups have significant potential to address a much wider range of strategic challenges facing our companies. Therefore, we plan to consider the possibility of significant expansion of their functionality,” stressed Igor Makovskiy, General Director of Rosseti Centre and Rosseti Centre and Volga Region.

Rosseti Centre and Rosseti Centre and Volga Region remind that the legislation of the Russian Federation provides for the most severe punishment for persons who illegally consume electricity. If theft is detected, violators not only compensate for the damage caused to the power grid company, but are also brought to criminal or administrative liability with the payment of a fine. On 9 June 2019, amendments to the Code of Administrative Offenses of the Russian Federation entered into force in Russia, according to which the fines for repeated unauthorized connection to power grids and for repeated unauthorized (non-metered) energy consumption doubled. Now, in such cases, violators - individuals will be required to pay from 15 to 30 thousand rubles, legal entities - from 200 to 300 thousand rubles. Officials can be suspended from activities for a period of two to three years, they can and also be fined from 80 to 200 thousand rubles.

Power engineers urge everyone who has become aware of cases of theft of electricity, illegal connection to power grids, to report this by the round-the-clock telephone of the Contact Centre of Rosseti Centre and Rosseti Centre and Volga Region: 8-800-220-0-220 (anonymous call and toll-free) or through an anonymous feedback form on the official websites of the energy companies. 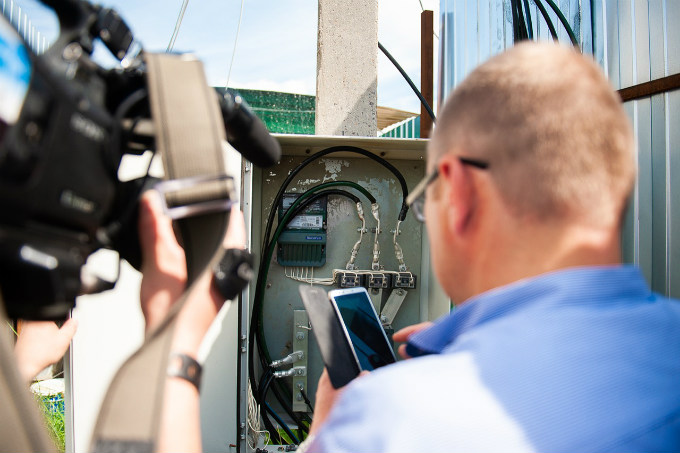