Igor Makovskiy: “Our main priority is improving the quality of services for consumers”

The head of the company inspected the functioning of the electric grid complex of the Vladimir region, checked the progress of the implementation of digital projects of “Rosseti Centre and Volga Vladimirenergo”, met with the company’s staff and evaluated the preparation of the branch for the heating period.

Igor Makovskiy visited the Grid Control Centre of Vladimirenergo and monitored the progress of the project to create the Unified Grid Control Centre (UGCC) on the basis of the branch as part of the implementation of the Digital Transformation Concept. The UGCC will be equipped with digital communication channels and information systems, which will allow online monitoring of the state of electric grid facilities, analyze the parameters of electric power quality, and coordinate the work of on-site and repair crews. Creation of the UGCC will bring the grid management to a qualitatively new level - the competencies of managing the region’s transmission and distribution grid will be concentrated at one point. Construction and installation works have been ongoing since January of this year.

The chief engineer of the branch reported to the head of the company Igor Makovskiy on the progress in implementing the “Digital Distribution Zone” project in the Vladimir region. Vladimir power engineers are actively implementing a distribution automation system in the 0.4-6 (10) kV grid in three districts of the region - Aleksandrovsky, Sudogodsky and Suzdalsky.

Since the autumn of 2019, 38 disconnectors with a motor drive, 52 reclosers, 6 sets of short circuit indicators have been installed on 6-10 kV overhead lines of three “digital” Distribution Zones. Digital equipment allows to identify and isolate the faulty section of the grid, while maintaining power supply to the main part of consumers. Information about fault on a particular section of the power line will be received in real time by the dispatcher of the Grid Control Centre, so that the time to eliminate technological violations will be reduced to a minimum. All this will allow to improve the reliability and quality of power supply to consumers in 119 settlements of the Suzdalsky district with a population of over 38 thousand people. Also, this year, elements of distributed automation will be installed on 42 overhead lines of 6-10 kV in the Aleksandrovsky and Sudogodsky districts.

Also, Igor Makovskiy held a meeting in the videoconferencing format on the topic of creating “smart” electric grid infrastructure in Dobrograd. Rosseti Centre and Volga Region will work out a standard model of the activity of the electric grid organization in the city, which is responsible for all issues of power supply. Until 2025, power engineers in the city will create electric grid infrastructure of a modern technological structure, with qualitatively new characteristics of reliability, controllability, efficiency and availability.

During a meeting with the branch’s staff, the head of the company announced the approval of Ivan Yanin as Director of “Rosseti Centre and Volga Region Vladimirenergo”. The focus of the meeting was on preparations for the passage of the heating period, the further implementation of the concept of digital transformation in the electric grid complex of the Vladimir region. Relevant topics were discussed: reducing electricity losses, strengthening payment discipline, industrial safety and implementing repair and investment programs.

Summing up the visit, the head of the company noted that the main tasks facing “Rosseti Centre and Volga Region Vladimirenergo” are to further increase the reliability of electricity supply, including using digital technologies and innovations, ensuring the availability of electric grid infrastructure, reducing electric energy losses and developing value-added services for consumers.

“Work should be conducted on an innovative basis using modern technologies and taking into account the experience of other energy systems. “Despite the difficult epidemiological situation, the power engineers have specific requirements and tasks, namely, the development of infrastructure and improving the living standards of citizens through a qualitative change in the work of the power engineers,” Igor Makovskiy emphasized. 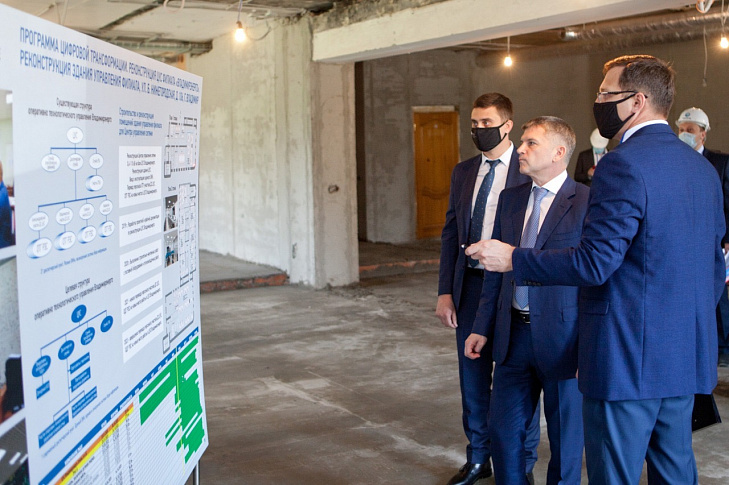 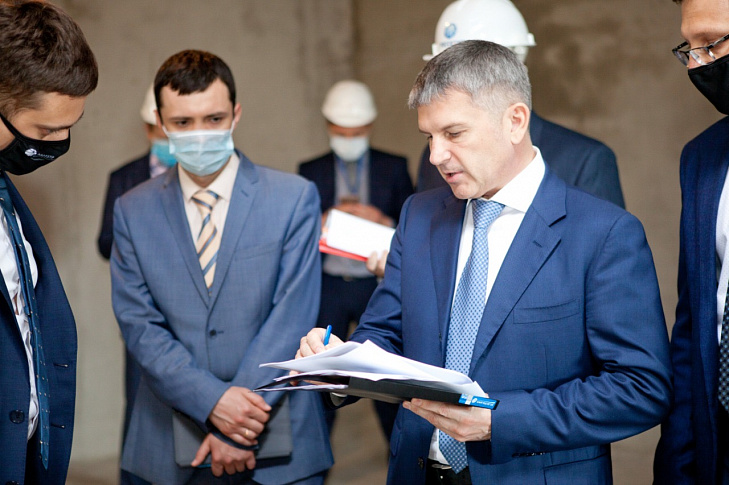 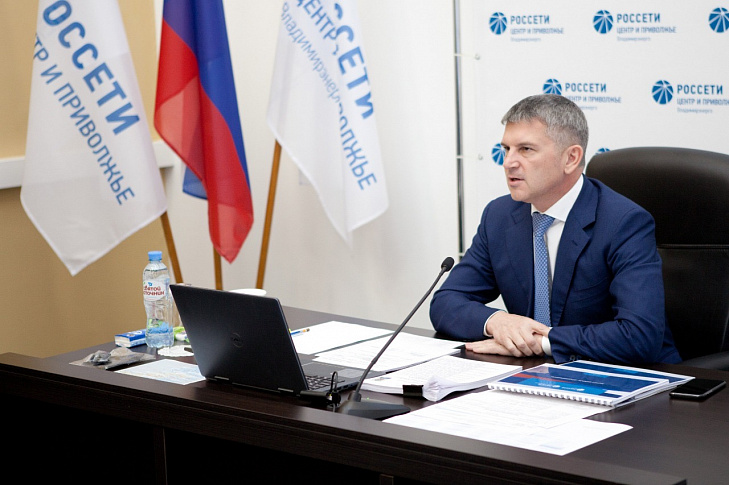 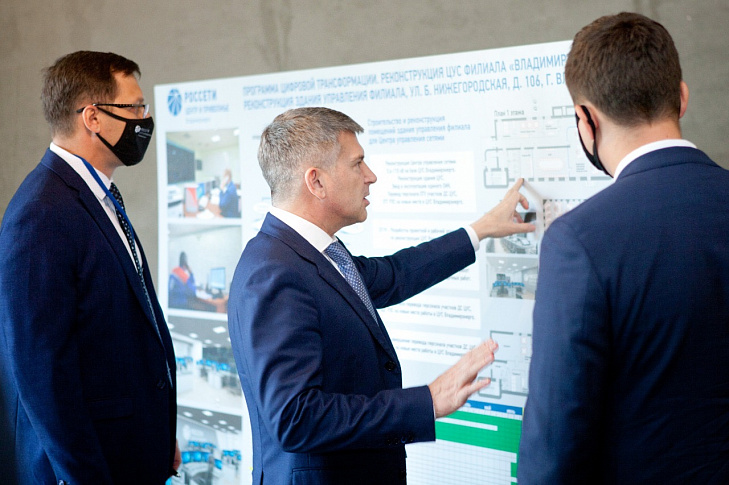