On 14 January, in Kursk, General Director of Rosseti Centre - the managing organization of Rosseti Centre and Volga Region Igor Makovskiy held a working meeting with the management of the company and the branch “Rosseti Centre Kurskenergo” on the implementation of the “Grid Control Centre” project.

“Having made a decision in favour of the implementation of this project, we made, of course, the right choice,” the head of the company said. “We secured the support of the region’s administration, and now we have to do our part: to complete on time all the activities stipulated by the roadmap, which will ensure the transition of the electric grid to a technological mode with qualitatively new characteristics of reliability, efficiency, availability and manageability.”

The meeting participants discussed specific activities and project timelines. In March, the power engineers plan to fully complete the finishing work of the entire premises, the control room of the distribution and main grid.

The head of the company emphasized the importance of applying the most modern technologies in implementing digital transformation projects in the region. “We must use those innovative technologies and solutions that will provide a fundamentally new level of reliability, will have a positive effect on reducing electric energy losses and improving the quality of consumers’ power supply.”

Summing up the meeting, Igor Makovskiy noted that it is necessary to concentrate on the implementation of the tasks as much as possible, while emphasizing the personal responsibility of the branch’s managers.

On the same day, General Director of Rosseti Centre Igor Makovskiy visited JSC Kursk Electric Appliance Plant (KEAZ), which is the largest Russian manufacturer of electrical equipment. KEAZ’s solutions in the field of energy management, protection against negative effects of electric current and measuring and metering for energy activity are officially recognized as products “that have no analogues produced in the Russian Federation.”

The head of Rosseti Centre discussed issues of cooperation with General Director of the enterprise Yaroslav Ivanov. In accordance with the agreements reached earlier between the largest distribution grid company in Russia and JSC KEAZ, a cabinet with a 0.4 kV KEAZ low-voltage package device will be mounted at one of the company’s transformer substations in Kursk for pilot operation. Among its main functions are remote control, on-line monitoring of the technological mode and condition of equipment, collection and transmission of telemetric information and metering data to the control point of the Grid Control Centre and to the information and computer complex based on the “Pyramid Net” software. After testing the low-voltage package device by specialists of Rosseti Centre’s technical unit, a decision will be made on its use at other power facilities.

“Such meetings are part of our work to implement the company’s policy aimed at reducing dependence on equipment imports,” stressed Igor Makovskiy. 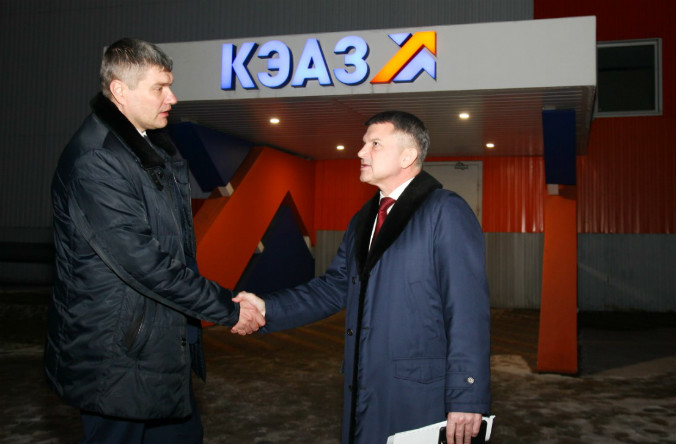 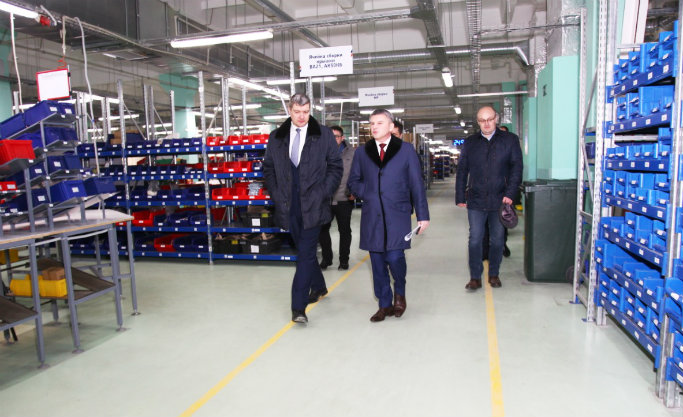