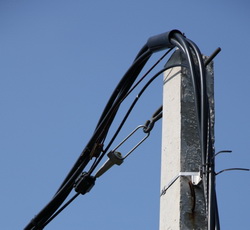 The pilot project of laying the «multi-wiski» cable of the system «water-ground-air» is being implemented in the Yaroslavl region. In order to improve the reliability of power supply in Nekrasovsky district of the Yaroslavl region the cable was used in the reconstruction of the high-voltage 10 kV overhead line «Nekrasovo», which runs through the dense woodland. By now 25 kilometres of the self-supporting cable system «water-ground-air» have been laid.

The main advantage of using this type of cable — the variety of laying options — air, water and ground, including highly corrosive soils, as well as the facades of buildings. The cable is suitable in densely populated areas where you cannot lay only an underground or only overhead power line. Design features of the cable allow the change of the overhead lines to underground or underwater without the use of couplings, reducing operating costs and simplifying its installation. 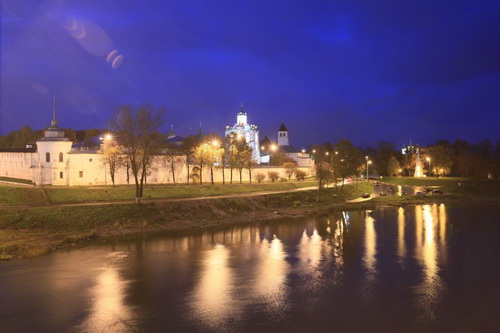 As part of the program to provide back-up power of social facilities IDGC of Centre — Yarenergo division in 2012 also used the «multi-wiski» cable in the reconstruction of the 10 kV line «Kremnevo», which feeds a number of settlements in Poshekhonsky district of the Yaroslavl region. Due to the versatility of the cable installation the line is mounted on reinforced concrete poles, and an entry into a transformer substation is laid in the ground.

The first line using the cable system «water-ground-air» was constructed by JSC «Yargorelectroset» (a wholly-owned subsidiary of IDGC of Centre) in Zavolzhsky district of Yaroslavl back in 2011. The length of the cable line was about three kilometres. It provided reliable power supply to the Yaroslavl Zoo — the only zoo in Russia of a landscape type. There the cable, designed to supply power from the substation 35/10 kV «Mikhailovskaya», in accordance with European standards of building reserves, is partially routed through trees without cutting down ROWs.