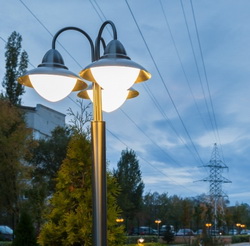 Thus, in the Belgorod region testing of plasma lighting fixtures continues. Their work is based on the principle of microwave ionization of gases, which at a certain temperature goes to a plasma state and begins to emit some steady light. Compared to others, such a lamp has the best technical characteristics: it has a better spectral distribution of the light as close to daylight; the light flux is emitted evenly over the lifespan that reaches 50,000 hours. By expanding the coverage area the distance between poles for new construction may be increased up to 30%. In addition to these characteristics the plasma is more environmentally friendly, does not contain lead and arsenic. At the beginning of 2013 for the lighting of the highway Tavrovo — Solomino — Razumnoye in the Belgorod region six plasma lighting fixtures were installed with power of 160 watts.

IDGC of Centre also continues to actively use LED outdoor lighting fixtures in its networks, which also have a number of technical advantages: long life — up to 100,000 hours of continuous burning, high luminous efficiency, instant ignition, the ability to control the degree of lighting, as well as resistance to temperature extremes. This year, in the Belgorod region six LED lighting fixtures of series were installed, and at the production base of Belgorod Electrical Networks LED lighting fixates of type «Altai» are being tested in operation.

Improvement of the external lighting is not limited to the use of innovative energy-saving lamps. The company uses advanced poles for external lighting, new methods of installation and start regulating devices to control lighting that allow to control the power mode on at different intervals, and adjust the «partial» single-phase lighting. Using only the new power on mode provides real savings of  A total saving from the implementation of new electronic ballast control system can make up 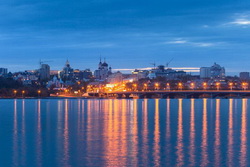 In the Voronezh region in the framework of the Agreement between IDGC of Centre and Government of the region until the middle of 2014 it is planned to install more than three thousand modern outdoor lighting control panels, and more than 30,500 energy-efficient lighting fixtures. Cost of the work will be about 500 million rubles.

In the Yaroslavl region contemporary outdoor lighting control systems are installed in the framework of the modernization of lighting systems of administration and production bases, adjacent premises and substations of 35 and 110 kV of IDGC of Centre — Yarenergo division. During 2013 through the conclusion of an energy service contract it is planned to replace more than five thousand lighting fixtures to energy efficient with the installation of universal ballasts. 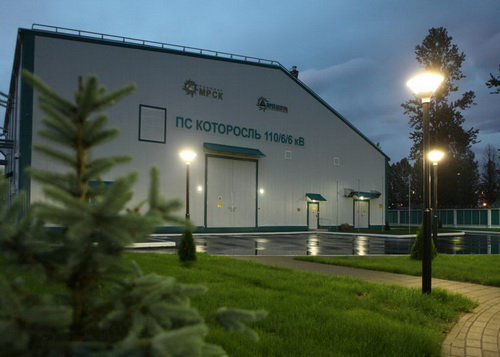 In addition IDGC of Centre continues to implement a pilot project on the use of fiberglass poles for outdoor lighting. On the part of the route Belgorod — Shebekino in the Belgorod region 20 fiberglass composite poles have already been installed, the distinctive features of which are high corrosion resistance, frost resistance and long up to 50 years lifespan.