In the Tambov region a power facility of a new generation has been commissioned — the substation 220 kV «Michurinskaya» FGC UES. The new substation is a fully automatic power facility of a new generation, which corresponds to the highest international standards. Commissioning of the power facility significantly increases the reliability of electricity supply of Michurinsk, Michurinsky, Nikiforovsky and Petrovsky districts of the Tambov region, large industrial consumers in the region, as well as creates conditions for the connection of new customers to the unified national electric grid.

The substation «Michurinskaya» was put into operation in 1962. For half a century the power facility had exhausted its resources, as a result there was a need of its major reconstruction. For more than two years FGC UES performed work on a large-scale retrofitting. Given the high importance of the power facility for the region, the construction was performed without interrupting power supply of consumers. 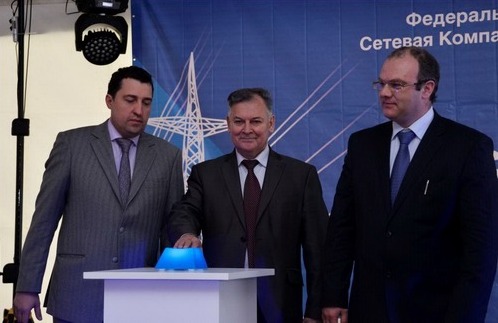 As a result of the reconstruction the substation got the voltage class of 10 kV. Thanks to this it has made possible to connect new customers. The upgraded substation «Michurinskaya» is equipped with digital systems of relay protection and automation. The use of the automated SCADA system in the future will provide the capability to control the substation from a remote control centre.

Strong contribution in the reconstruction of the substation «Michurinskaya» was made by their colleagues from FGC UES by power engineers of IDGC of Centre — Tambovenergo division by providing special equipment, platforms and drilling and lifting vehicles. Experts of Tambovenergo also helped beatify the premises of the substation, build internal and access roads. This assistance was awarded during a solemn ceremony of starting up the substation «Michurinskaya». It was attended by heads of state and local authorities of the Tambov region, experts of FGC UES — MES of Centre, management of IDGC of Centre — Tambovenergo division and mass media.

«Today we are starting up a new facility thanks to the coordinated work of power engineers, builders, installers, and commissioning engineers. It is a facility of a new generation that corresponds to the highest international standards,» stressed First Deputy General Director of FGC UES — MES of Centre — Chief Engineer Sergey Demin. «I would like to express my special thanks to our colleagues from IDGC of Centre — Tambovenergo division who also made an effort and professional help in the reconstruction of the substation “Michurinskaya”.

Presenting the state and departmental awards to the best professionals in the construction, Vice Governor Nikolay Perepechin said:
“The ceremonial start-up of the substation ”Michurinskaya» is an event of very high importance for the Tambov region, it gives an additional impetus for further development of the regional economy. Michurinsk is a science city, a major industrial centre and a railway junction. At present the investment project for the construction of agricultural holding «Green Valley» is under way. Therefore, the additional capacity will certainly be in demand. Power engineers of the Tambov region work consistently, and the electric grid complex is the guarantor of stability and reliability for the entire region's economy.«