IDGC of Centre is checking power supply of infrastructure facilities

Power engineers of IDGC of Centre are checking the reliability of power supply of airports operating in the Central region of Russia.

The corresponding order on the additional check and reliability improvement of power supply of infrastructure facilities, especially airports, was signed by the Chairman of the Management Board of FGC UES Oleg Budargin, who took personal control of the measures implementation. The reason for the additional check was the power failure at the Moscow airport “Sheremetyevo” on September 12 of this year.

In the Belgorod region in conjunction with the management of the international airport “Belgorod” power engineers of the company are checking the condition and operation of power equipment, which is on the balance of the airport, the reliability of power supplying internal circuitry, including power redundancy schemes, the availability and performance of diesel generators. An emergency response exercise was also held to test the interaction while eliminating failures that led to the interruption in the power supply of the airport.

In preparation for winter Belgorod power engineers performed high voltage tests of equipment and repaired transformer substations of the branch, which the reliability of power supply of the facility depends on, first of all of the 110 kV substation “Belgorod”.

At present, on the premises of the international airport “Belgorod” an extensive renovation project is being implemented with the construction of modern energy-intensive infrastructure, which will be fed from the 110 kV substation “Northern”. In particular a modern light- signal strip with high intensity lights has been already powered, in the future a new passenger terminal building, control tower, cargo terminal, and an apron will also be put into operation. Total power consumption of the airport — the facility of the 1st category of reliability — at the completion of the modernization will be 5.5 MW. For the smooth functioning of the upgraded part of the airport two new cable lines have been laid with XLPE — modern material with high capacity and resistance to corrosion. The total length of the constructed networks — 8.2 km.

In Voronezh power engineers are performing a comprehensive analysis of the operation of the electrical installations of the International Airport “Voronezh”, which provides both regular domestic flights and international. The passenger traffic of the Voronezh airport annually increases on average by 30%, so power engineers of Voronezhenergo pay close attention to the improvement of the reliability of the infrastructure facility.

In September, the operation of two 35 kV overhead lines feeding the airport’s substation and redundant power supply sources were already tested. Additionally joint exercises of the airport staff and emergency repair crews of Voronezhenergo will be held, who will practice a scenario of interaction on both sides with a possible power failure. 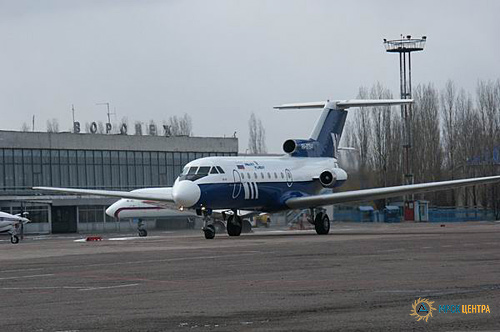 In the Bryansk region the international airport complex is an input (output) airport in Russia in the south-west. Power engineers of Bryanskenergo regularly test substation and power lines equipment, with tremendous attention to ensuring quality uninterrupted power supply of the international airport. In the run-up to the operation through the winter peak load power engineers of Bryanskenergo took additional measures to repair and reconstruct the feeding centre of the airport — the 110/10 kV substation “Airport” and two 110 kV lines. Until October 5 the check, which is being performed together with the management of the FSUE “Bryansk aviation enterprise”, of the condition and efficiency of internal power supply circuits, including the redundancy scheme and the relevant statement with the category, as well as independent sources of electrical power supply of electrical installations of the airport: availability, adequacy and efficiency, will be completed.

In the Yaroslavl region in the delivery of reliable electricity supply of the airport “Tunoshna” power engineers of Yaroslavl branch of IDGC of Centre completed clearing of ROWs along parallel lines of 10 kV # 3 and #4 from the 35 kV substation “Harvest”. This feeding centre is the main power source of the airport.

At airports in other cities of the service area of ​​ IDGC of Centre, until October 5 similar checks and emergency response exercises to practice joint actions of the staff will be also performed. 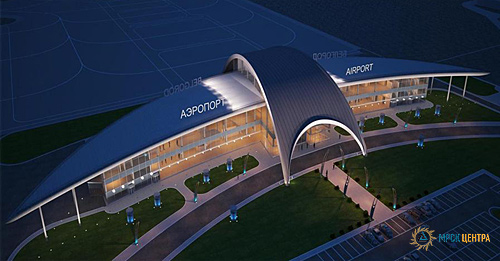