"The rating confirmation reflects the strong position of the Company in the industry, its high level of corporate governance, good operating and financial results for 2011 and the 1st half of 2012. The Agency also notes the high level of equity and low debt burden of the Company, which has a positive impact on the financial stability — comments Natalia Soboleva, an analyst at National Rating Agency.

The good financial results of the Company can maintain a high level of capital adequacy, as equity ratio as at 30.06.12 was 50%, and the amount of equity increased to 41,612 million rubles.

The implemented in 2011 final transition to the new system of tariff making (RAB-regulation) allowed the Company to more effectively meet the challenges of modernization of grid assets, to increase the pace of construction of new grids and, as a result, to improve the reliability and efficiency of the grid complex of IDGC of Centre. Optimization of business processes together with the growth of electricity consumption in the regions will allow the Company to demonstrate the positive trend of operating and financial performance in 2011. The physical volume of electricity transmission in 2011 increased by 1.4%, revenue in monetary terms grew up by 14% and net profit by 8% compared with the corresponding indicators for 2010.

The main strategic goal of IDGC of Centre is to achieve a leading position in the industry, to reach the level of technological development of highly industrialized countries. By 2020, IDGC of Centre should be the most technological and reliable company in the industry with stable income received and dividends paid. The Company’s development program for includes a number of measures to further improve operating efficiency and increase the reliability of power grids.

The Auditor of IFRS reporting is ZAO “KPMG”. 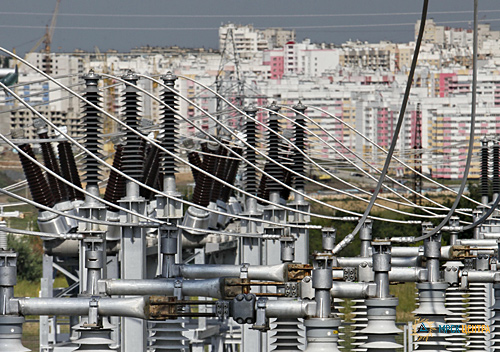