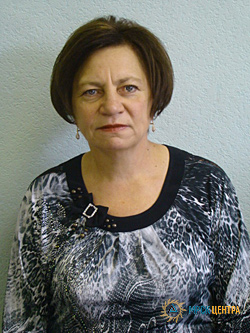 For her contribution to the development of the fuel and energy complex and the many years of hard work Electrician of first responding mobile crew of degree 5 of maintenance of substations of operational and technological service of the Grid Control Centre of IDGC of Centre — Voronezhenergo division Lyudmila Zubairova was awarded the title “Honoured Power Engineer of the Russian Federation”.

Lyudmila has been working at the branch for the past 35 years. Her professional career at the company she started in the position of Electrician of degree 2 in 1976. She repeatedly was a member of reconstruction and restoration of power lines and substations, many times, regardless of her personal time, she was involved in work on the elimination of technological disturbances at night and on weekends.

So, February 12, 2010 by her competent and rapid action Lyudmila Zubairova prevented a technological disturbance at 110 kV substation # 27. As a result of a short circuit in the cable line there was a major technological failure that led to the disorder of the switchgear and damage to the power transformer. As a result of the right actions of Lyudmila all possible measures were taken to prevent damage to the equipment, correctly and clearly operations were conducted to prepare and permit staff of EMERCOM.

With her daily work, responsiveness and good deeds Lyudmila Zubairova earned high prestige among her peers. For her work at the company in 2003 she was awarded the “Letter of Gratitude of the Ministry of Energy of the Russian Federation”, and in 2007 she was put onto the Board of Honour of Voronezhenergo.