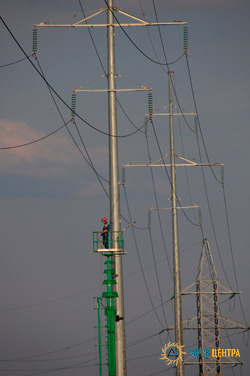 Performing the repair program in full and in time — a key factor in improving the reliability of electricity supply to consumers. In 2012 IDGC of Centre is implementing a large-scale repair program, funding for which will exceed 1.49 billion rubles. This is 3% greater than the cost of last year.

In the first half of this year in 11 regions of the service area of IDGC of Centre 1890 transformer substations of  6605 km of power lines of  have already been repaired .

“IDGC of Centre staff are currently focused as much as possible on the implementation of the planned production plans, especially the implementation of the repair campaign — stresses Sergey Shumakher, Deputy General Director for Technical Issues — Chief Engineer of IDGC of Centre. — Use of modern technologies and materials for performing repairs to increase the operation level and reliability of electrical equipment will ensure sustainability of the electric grid in the autumn-winter period”.

By the beginning of 2012 the recording of electrical equipment and power lines of IDGC of Centre had been fully completed. All data for each facility (the year of commissioning, test results, information about fault, etc.) were entered into the corporate information resource management system based on SAP ERP. The system allows automatic evaluation of the technical state of equipment, calculation of the health index of network elements and power grid facilities. This year’s repair program was formed with information about the technical condition. Currently, the database has 14 million 795 thousand pieces of equipment, 24 million functional locations. 5358 specialists are involved. It should be noted that in 2011 IDGC of Centre for the first time in the Russian energy sector formed a plan of equipment repair with taking into account the technical condition and risks.

In recent years, the repair program has been implemented with the use of an integrated approach that provides for the maximum amount of repair work on a separate line or substation.

In 2012 power engineers of IDGC of Centre pay particular attention to ROW clearing and expansion along overhead lines, as falling trees and branches on power lines are a common cause of outages.

In the first half of 2012 the company has already cleared 4,794 hectares of ROWs along power lines, which is 22% higher than in the corresponding period last year. IDGC of Centre has already spent 65 million rubles on it.

Clearing ROWs is performed using the most modern technology. The branches have increased the number of special wood shredders — mulchers. All branches of IDGC of Centre are equipped with Swedish chainsaws “Husqvarna” and hydraulic lifts of type AGP-18, which allows to cut only part of the tree crown, located at an inappropriate distance from power line wires without damaging the trunk. Repair crews are equipped with special off-road vehicles, which allow clearing and expansion in hard to reach places. 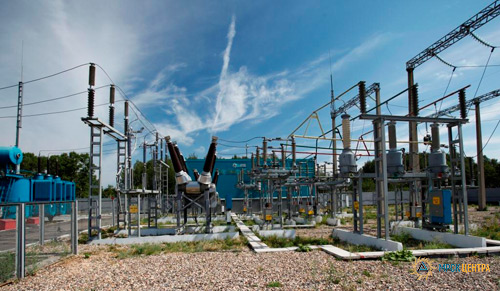 This year, many branches of IDGC of Centre have signed long-term agreement on cooperation with regional forestry authorities, which provide for the implementation of joint measures to align ROWs along overhead power lines crossing woodlands with normative values.