IDGC of Centre has published its financial statements for 6 months of 2012 (RAS), EBITDA, net profit and productive supply have shown an increase of 6.9%, 2.4% and 3.7% respectively 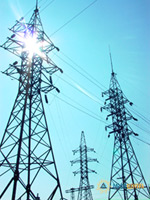 
Against the same period last year the total revenue of the Company showed a negative trend −3.4%, due to limited growth of grid tariffs for electricity transmission, in fulfillment of Resolutions of the Russian Federation Government # 1172 “On approval of rules of the wholesale e/energy and power market and amendments to certain acts of the Russian Government on the organization of the wholesale electricity and power market” and # 1178 “On the pricing in the area of regulated tariffs in the electricity industry”.