The prevention of injuries at electric grid facilities is given the utmost attention in IDGC of Centre. And in the days of summer holidays, when risks of injuries involving children are increasing, this topic is particularly relevant.

As part of the prevention of accidents at power facilities round-table discussions are being held in IDGC of Centre with representatives of RTN, the Ministry of Education, law enforcement agencies, EMERCOM, media and public organizations. In the course of a constructive dialogue, all participants are trying to answer one question: what other joint efforts should be made to implement measures to prevent accidents at power facilities. 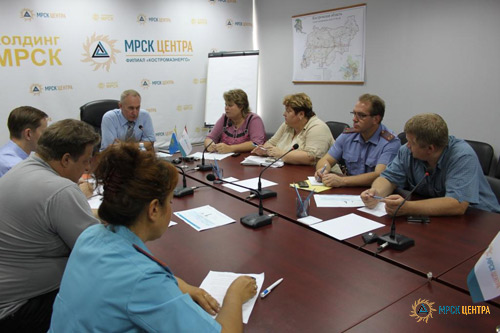 In the Voronezh region the round table was attended by representatives of the Juvenile Department of General Directorate of the Ministry of Internal Affairs in the Voronezh region. Olga Zhidkonozhkina, a specialist of the service stressed: “Working to prevent electric injuries should be coordinated with all departments, including departments of education, social welfare, law enforcement agencies. This is important work, which requires accumulating power and energy of all”.

The roundtable participants agreed to create a working group, which soon will form a common program of prevention of children’s electric injuries in the Voronezh region. 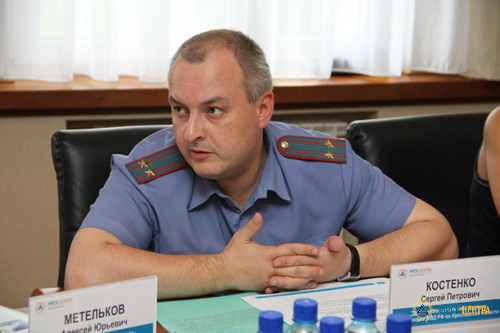 In Kostroma the representatives of the Office of Technological and Environmental Supervision RTN, the office of work organization of neighbourhood police inspectors and the Ministry of Emergency Situations of the Kostroma region, who participated in a round table, supported the initiative of power engineers to conduct such activities in the municipalities of the region. It is needed to expand the range of coverage of audiences to include children and adolescents from children’s homes and boarding schools of the region, and also to develop a thematic program on electrical safety with appropriate methodological and didactic provision, which can be used at lessons of life safety.

Editor in Chief of the regional newspaper “North Truth” Andrey Ratko described the implementation of the project “Safe Childhood” together with IDGC of Centre — Kostromaenergo division, which can be extended to other publications. Within the project the leaflet “Your Safety Code” has already published. 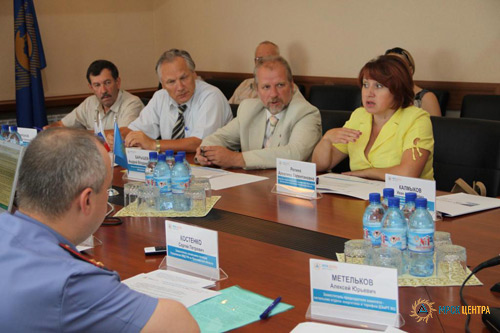 Chief State Inspector of the Department of Energy Supervision Management of Office of Technological and Environmental Supervision RTN in the Kostroma region Andrey Kudryavtsev in the round table raised the need for legal initiatives against those conducting unauthorized work in the exclusion zone along power lines.

It was also spoken about toughening up measures for uncoordinated work performance under power lines at a meeting in Orelenergo. There was a meeting with journalists of leading regional print and electronic media. Deputy Director for Security of IDGC of Centre — Orelenergo division Pavel Lyubimov noted that the exclusion zone along power lines — a zone of special attention of Orel power engineers of IDGC of Centre, because such actions threaten the safety of many people and causing disturbances in energy supply for entire cities and regions".

The participants of the round table meeting in Yaroslavl talked about the need of a systematic approach to the problem of children’s injury prevention. Currently, power engineers of Yarenergo conduct monthly lessons on electrical safety in both rural and urban schools in the region. Igor Solonikov, Deputy General Director of IDGC of Centre — Yarenergo division director emphasized that the conducting such lessons should be more formal: “We’ve been talking about the need to include a course on electric injuries into the school curriculum on life safety. From our side we are ready to give teachers all necessary information for this subject”. Head of School and Preschool Education Department of the Yaroslavl region Alevtina Repina noted the power engineers’ initiative and proposed to expand training programs with topics on electric injury prevention, road safety, safe behavior in the water, handling fire, as well as to create a regional Internet portal “Your Safety”.

The participants showed particular interest in the establishment of a volunteer school on electrical safety and organization in educational institutions the “School of Active Members”, which would teach young safety trainers among teenagers and students.

Roundtables will be held during July in every branch of IDGC of Centre. As a result of their holding all proposals and initiatives will be accumulated and entered into a detailed plan of joint measures to reduce accidents at power facilities.