The Banner of Victory - over the streets of Tambov

The festive event was started with the forming-up of pilots, professional and novice parachutists and veteran aviators. Addressing the gathering, the head of the regional branch of Voluntary Association for Assistance to Army, Aviation and Fleet Alexander Gorshenin stressed: "Aviation has always brought up a strong will and formed a real man's character. In its work our Society pays special attention to the patriotic education of the youth, development of military and applied and technical sports. That's why today it is especially important for us to interact with organizations, deeply understanding and sharing the principles of our work. The power engineers of IDGC of Centre are such partners". The culmination of the great summer holiday was the transfer of a replica of the Banner of Victory by the management of Tambovenergo to the sports club of Voluntary Association for Assistance to Army, Aviation and Fleet, as well as the signing of a bilateral cooperation agreement. 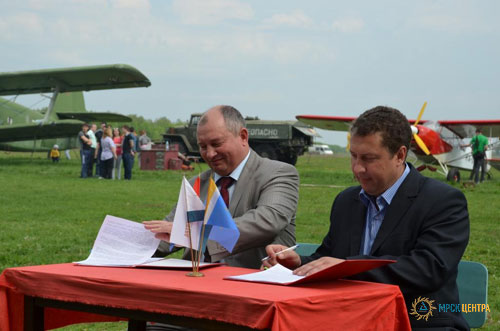 "Victory Day - a celebration that brings together several generations of our countrymen. Each family anxiously keeps the memory of the selfless heroism of our fathers and grandfathers, their great courage. We have someone from who to take an example of selfless devotion to the Fatherland. Let the Victory Banner again for each of us will be not just a particle of history, but some visible evidence of the heroism of our people", - Deputy General Director of IDGC of Centre - Tambovenergo division director Vladimir Syschikov congratulated all those present. 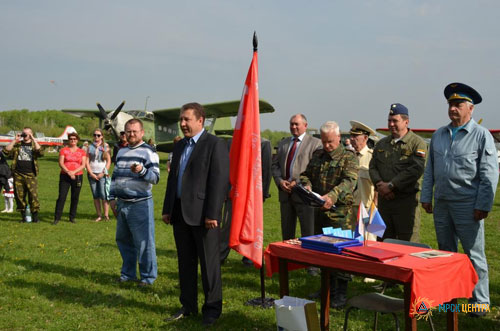 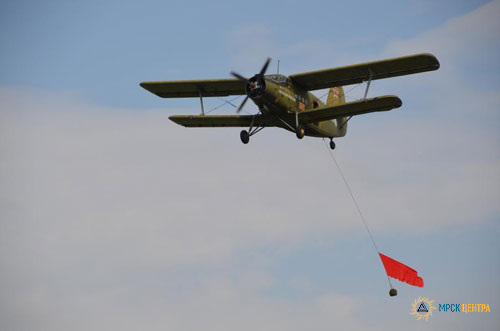 Paratroopers did the first demonstration flights. A few minutes later colorful domes opened up in the sky. The sportsmen lifted the Russian flag into the air. Then, over the Victory Banner appeared above the airfield there, which the plane flew over the main streets of Tambov.

The Agreement on Cooperation between the regional office of Voluntary Association for Assistance to Army, Aviation and Fleet branch and IDGC of Centre – Tambovenergo division was signed by Alexander Gorshenin and Vladimir Syschikov. The document outlined the main priorities for joint work in the field of patriotic upbringing of the younger generation, activation of military patronage and military memorial work among the youth and veterans. 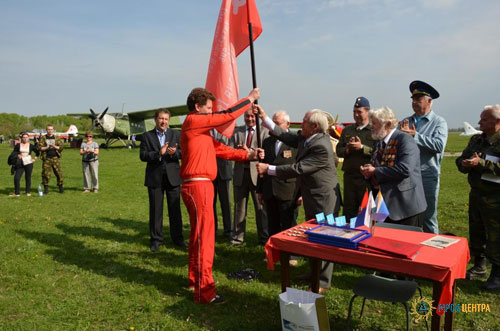