In 2011 Tver power system celebrates its 75th anniversary since its foundation. The event, dedicated the celebration of the anniversary of the power system, was attended by representatives of regional authorities, the Legislative Assembly of the Tver region, all electric utilities in the region and veterans of the industry. 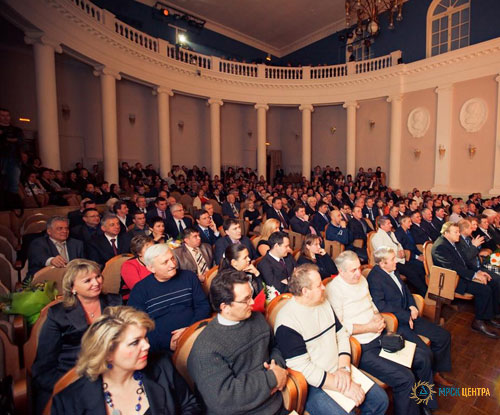 The successful development of utilities in Tver land was started in 1902 with the construction of the first in the regional capital power plant «Tver hydroelectric power station» with a capacity of 920 kW. But truly a turning point for the Tver utilities industry was on the 13th of February 1936: that day by the order of the People’s Commissariat of Heavy Industry the Kalinin power complex was organized. From that date the planned development of power system is on its way. The period of the Russian energy sector began in 1993 when JSC «Tver power system» was incorporated. In 2005, after completion of the reorganization of the power system and the unbundling of supply and generation companies, Tverenergo performs the functions of a distribution grid company.

The present stage of the Tver power system is dated from March 2008, when JSC «Tverenergo» became a division of Interregional Distribution Grid Company of Centre.

General Director of IDGC of Centre Dmitry Gudzhoyan in his greeting said: «We note the high quality, professional work of the whole team of Tverenergo. Colleagues, I wish you continued success, good partnership with the regional administration for the benefit of consumers and the development of the region’s economy as a whole. I’m sure you will cope with it!».

Congratulating those present on the anniversary, Deputy General Director for Development and Sale of Services of IDGC of Centre Dmitry Gotlib said: «Tver power system for 75 years has done a nice way of development, along which significant projects have been implemented and has made an invaluable contribution to the socio-economic development and cultural and historical heritage of the Tver region. For decades the coordinated work of power engineers has ensured control over power supply in the region of the Upper Volga, being the embodiment of reliability and professionalism». 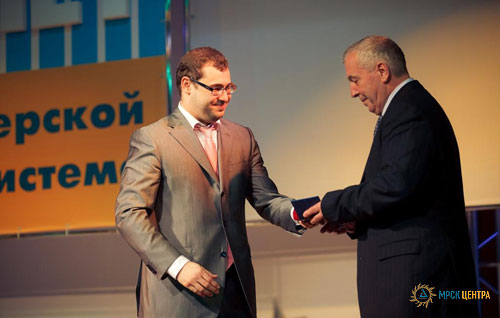 Today the branch has 36 Districts of Electrical Networks. It services 11 328 transformer substations of all voltage classes with a capacity of 5483 MVA, the total length of power lines is more than 46 000 km. Customers and partners of the branch are such large consumers as Tver Carriage and Excavator Plant, SIBUR-PETF, Tver region site of October Railway and 25 regional grid companies.

One of the most significant events in Tverenergo was the transition to a new method of tariff making RAB, which gave new impetus to the development of Grid infrastructure. Today, to ensure quality and uninterrupted electricity supply IDGC of Centre — Tverenergo division uses innovative modern electrical equipment and materials.

The investment program of IDGC of Centre — Tverenergo division is aimed at maximizing the reliability and quality of electricity supply in the Tver region. Here in 2011 a large-scale program was implemented on reconstruction of the 110 kV power line «Vyshny Volochok — Bologoye», 110 kV substation «Redkino» and 110 kV «Bezborodovo», 35kV # 9 and # 11 with the replacement of bays of Complete distribution device of external installation, circuit breakers, disconnectors and transformers; a comprehensive overhaul of the 110/35/10substations «Vishny Volochek», «Nicola Horn», «South», «Likhoslavl», «Proletarian» and «Excavator Plant» was performed. The project has been completed on installation of a satellite navigation system at mobile crew vehicles to monitor their location.

IDGC of Centre — Tverenergo division is constantly improving the system of one-stop customer service. Five Customer Service Centers (CSC) of Tverenergo have been opened in the region. On the 75th anniversary of the Tver power system in the city of Rzhev a new, sixth, CSC has been opened.

Deputy General Director of IDGC of Centre — Tverenergo division director Alexander Eyst warmly congratulated all holiday guests with an important date for the region: «From its foundation to the present day many projects have been implemented in the Tver power system. 19 megawatts — that was the total capacity of all electric installations of Russia in 1913, now only Tverenergo total capacity is 5500 megawatts. It took less than a century for power engineers to implement hundreds of major projects. Today is a holiday for people, for who energy and light is not just a word and work, but vocation. Those people always come to this profession who are not indifferent, motivated and dedicated. It is thanks to them the Tver power system has achieved such success». 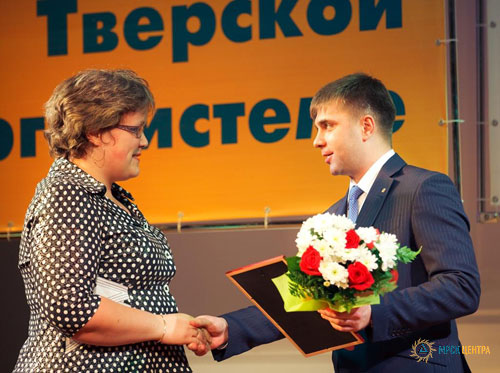 The solemn event continued with rewarding of employees of IDGC of Centre — Tverenergo division. 98 employees of the division and veterans of the industry were granted decorations and honours. The best power engineers received letters of gratitude and awards of the Ministry of Energy of the Russian Federation, the Legislative Assembly of the Tver region, IDGC Holding, IDGC of Centre, Governor of the Tver region, Mayor and authorities of the city of Tver.