The competition of professional skill of IDGC of Centre completed: Kurskenergo is the best team 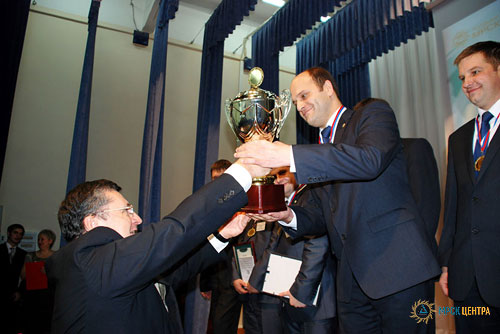 The runner-up is the team of Belgorodenergo (802.3 points) that includes Operator of OTS of GCC Alexander Nikulin and Operator of OTS of DEN Vyacheslav Bunin. The team leader is Deputy Chief Engineer for Operations Management — Head of GCC of Belgorodenergo Alexey Bryazgunov. It should be emphasized that Alexander Nikulin and Vyacheslav Bunin following the results of the competition were recognized the best in the profession.

The third place is the team of Smolenskenergo (737.1 points) that includes Operator of OTS of GCC Alexander Poznohov, Operator of OTS of DEN Yury Russiyanov. The team leader is Deputy Chief Engineer for Operations Management — Head of GCC Sakhib Bruno.

Head Judge of the Competition — Head of Technical Inspection Department of IDGC of Centre Oleg Rochagov, summing up the event, noted the good training of all eleven teams that competed. According to his words: “Intrigue on the balance of power in the standings remained until the last moment: the teams were fairly even, the leaders of each of the six stages were determined only after the passage of all participants”.

The overall result of the competition of professional skill was summarized by Deputy General Director for Technical Issues — Chief Engineer of IDGC of Centre Sergey Shumakher: “This is the first competition of its kind in IDGC of Centre. It showed that power engineers constantly improve their skills. The competition proved that our operational staff is ready to respond quickly to any emergency, to reduce its impact on operation modes of regional grids”.

Winners and runners-up will be awarded with diplomas and valuable prizes. Gifts and special diplomas were also given to participants who won in the categories established by the primary trade union organization of IDGC of Centre: “For professional longevity”, “Knowledge is power”, “To be in time and save”, “Beauty and professionalism” (women). 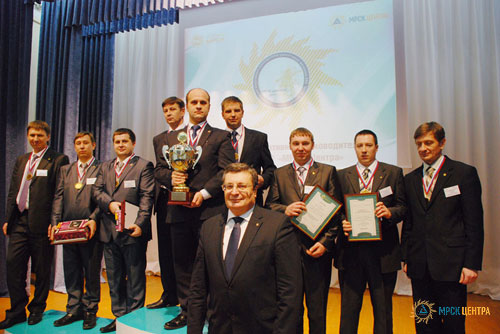