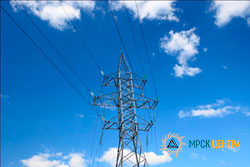 Power engineers of IDGC of Centre are implementing a socially significant project on street lighting in 11 micro-districts of the city of Voronezh and 5 districts of the Voronezh region. The work is being performed within the contract for the implementation of technological connection to electric networks, concluded between the Company and the Department of Road Management and Development of the Authorities of the city of Voronezh.

The project implementation started in October 2011. In such a short period the specialists installed over 1500 lighting fixtures in the remote micro-districts of Voronezh. The latest technology, advanced equipment and materials are being used in the work. Thus, in order to ensure reliable and quality power supply of the street lighting 50 km of self-supported insulated wires have been installed. To increase energy efficiency and conservation street lamps use modern induction pressure sodium lamps. Due to the high light output (compared with the technology currently in use), these lamps can save up to 60% of electricity. Among the advantages of the induction lamps in comparison with mercury, metal halide and even LED ones experts also note their uniform light distribution, instant power, including at low temperatures.

At the moment the installation of street lighting has been completed in the regional and district centers: settlements of Budyonny and Polynovka, State Farm of Zarechensky. In the village of Semilukskiye Vyselki of Novousmansky district 156 high-efficiency lighting fixtures have been installed. Street lighting is also being upgraded in Ostrogozhsky, Repevsky, Olkhovatsky, Ramonsky and Borisoglebsky districts of the Voronezh region.

Large volume of work was preceded by an extensive audit of street lighting in all localities of the Voronezh region, carried out by specialists of IDGC of Centre — Voronezhenergo division. At the same time on behalf of Vice Governor — First Deputy Chairman of the regional government Alexander Gusev the survey of the networks will continue in 2012. As a result, in conjunction with the Regional Administration a staged program of modernization and development of street lighting in the Voronezh region will be developed. As part of its implementation between IDGC of Centre and the district authorities it is planned to conclude contracts for the maintenance of outdoor lighting, the introduction of automatic control system, for the upgrade of existing networks with the use of energy saving technologies.

Totally within the street lighting project in the Voronezh region it is planned to install 4500 lighting fixtures. The total project cost is about 40 million rubles.