The Federal Organizing Committee of the All-Russian Festival of Energy Saving and Ecology #VmesteYarche invites everyone to creatively support the project and take part in the flash mob contest on the topic of respect for energy and labour of employees of the fuel and energy complex.

Participants need to conduct a flash mob, record a video about it and publish it on the youtube.com platform with the hashtag #VmesteYarche_Fleshmob2020. We accept videos about flash mobs held from 1 January to 25 September 2020.

The following topics are identified in the contest:

3. I say: “THANKS” to employees of the fuel and energy complex! (a flash mob, in which the emphasis is placed on the work of power engineers, oil workers, gas workers and miners for each resident of the country, for families, for enterprises and thanks are expressed in a creative way).

4. The fuel and energy complex and coronavirus (a flash mob, in which the emphasis is placed on the specifics of work of energy companies in the conditions of self-isolation and restrictions imposed due to the spread of COVID-19 in 2020).

5. #VmesteYarche - 5 years! (a flash mob dedicated to the fifth anniversary of the festival in 2020).

6. Energy saving and our achievements (a flash mob, which describes what results in the field of energy saving and the implementation of energy-efficient technologies over the past 5 years (from 2016 to 2020) were achieved by its participants - a specific family, region, city, village, enterprise, school, university, etc.).

7. 100 years of GOELRO (a flash mob that emphasizes the celebration of the 100th anniversary of the adoption of the GOELRO plan in 2020 and its significance for the development of Russia).

8. #VmesteYarche unites the country! (a flash mob, which is held in several settlements, regions and in which the emphasis is placed on uniting under the auspices of the festival adults and children, youth, enterprises, educational and cultural institutions, regions of the country, cities, villages, etc.

Acceptance of works for the contest is carried out from 1 June to 25 September 2020, applications are executed in accordance with the terms of the Regulation on the contest and in electronic form.

The contest consists of two stages: expert assessment and the finals, which will include no more than 20 of the best flash mobs in the opinion of experts. The finals for the selection of winners will be held on 16 October this year at the site of the Youth Day at #VmesteYarche international forum “Russian Energy Week” in Moscow.

Winners are awarded honorary diplomas signed by the leadership of the Ministry of Energy of the Russian Federation and souvenirs.

The Regulation on the flash mob contest and the application form are published on the festival website #VmesteYarche in the “Contests” section. 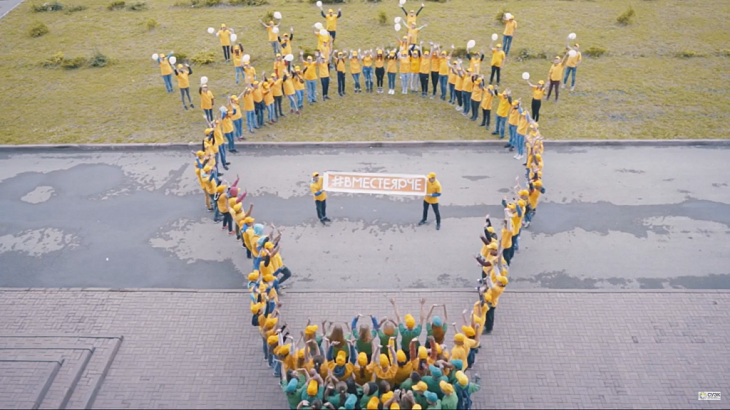 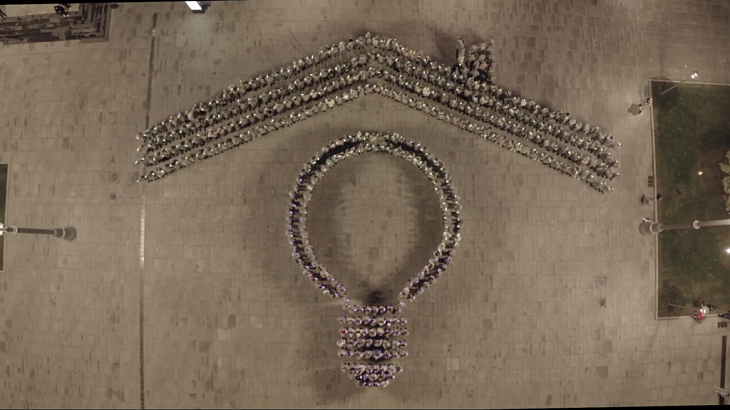 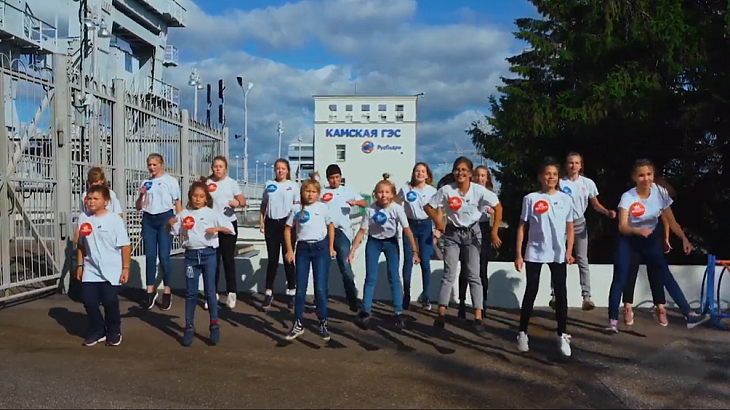