"Equator" of the autumn-winter period has been passed successfully 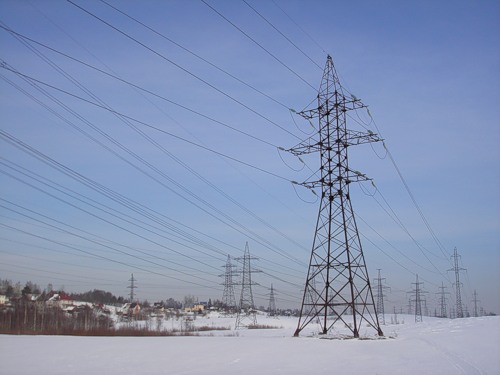 Specialists of IDGC of Centre took part in a meeting of the Government Commission for the power supply security — Federal Headquarters. It was held as a video conference chaired by Minister of Energy of the Russian Federation Alexander Novak. The meeting was attended by the Regional Headquarters for the power supply security, representatives of Rostekhnadzor, FTS, Ministry of Regional Development, Ministry of Emergency Situations, Ministry of Interior, Prosecutor’s Office, Federal Security Service, Ministry of Defence, Federal Service for Hydrometeorology and Environmental Monitoring, and Russian Federation Construction Committee.

Minister of Energy Alexander Novak underlined as follows: despite the fact that the current winter is passing at low temperatures in many regions of Russia, the results at the time of passing the «equator» of the period have been evaluated positively, a number of indicators have a positive trend.

«We have operated through historical maximum power consumption in the country, in addition, historical highs were recorded in 11 regional power systems. In general, the results of the first half of the period can be assessed positively. We managed to increase for a number of key performance indicators, thus lowering compared to the previous year the number of accidents,«- stressed Alexander Novak.

At present the energy system of IDGC of Centre is operating in a stable way. This was due to some preparatory work in anticipation of the operation through peak loads. As a result — since the beginning of the period the number of interruptions in the electric grids of the company has been reduced by 50%.

In a state of readiness to respond in case of process failures there are 90 crews of increased mobility in the number of 522 people, 165 vehicles, and 34 mobile lighting systems. All in all, in the company there are 1312 crews (7846 people and 1988 vehicles) on operational duty. 111 crews of contractors can be brought for restoration. 854 redundant power supply sources with a total capacity of 22 MW have been prepared for use. Emergency supply is restocked at 100% and dispersed in Distribution Zones taking onto account its very fast delivery.

The company has a mobile substation of 110 kV as some reserve, which if necessary can be delivered to any region in the service area of IDGC of Centre.

For a more rapid response to changing weather conditions and preventive measures taking in the company effective interaction between Grid Control Centres of branches and meteorologists has been set. In some branches power engineers monitor weather changes with their own digital weather stations.

Бp>«Assessing the situation in general, I want to thank all my colleagues for the fact that this year we have managed to operate through the New Year holidays without incidents. But this is by no means a reason to relax, you need to continue working,«- stressed Deputy Minister of Energy Mikhail Kurbatov.

Power engineers of IDGC of Centre continue actively implementing projects that significantly increase the mobility and equipment of restoration crews. Thus, in the near future crews will be fully equipped with mobile and satellite communications, the quantity of light towers will be increased, etc.