Pskov region thanks IDGC of Centre for help 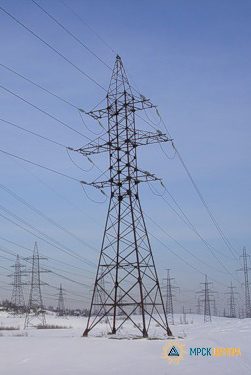 Please, be reminded that the powerful cyclone, which hit the Central Region at the end of November this year, and was accompanied by abnormal weather phenomena as “freezing rain”, caused significant damage of power facilities of IDGC of North-West — Pskovenergo and massive power failures across the Pskov region. The region was confronted with the “freezing rain” on such a scale for the first time.

IDGC of Centre got involved and helped its colleagues. Six mobile crews (in total 36 people), 12 vehicles of Smolenskenergo, Yarenergo and Bryanskenergo were quickly sent to the affected areas. The crews had highly skilled professionals who in December 2010 took part in the restoration of power supply for residents of the Moscow region during the “freezing rain”.

Despite hard weather conditions and difficult situation on the roads — in some cases the municipal roads just disappeared and grid facilities were impassable with snow blockade — the crews of IDGC of Centre worked around the clock without any break. The power engineers of IDGC of Centre were performing restoration work in Loknyansky and Bezhanitsy districts in the Pskov region, which were among the most affected by the natural disaster. The work went on at 49 sections of overhead lines, rounds and inspections on power lines with a total length of over 400 km were made, and about 250 spans of power lines were restored. 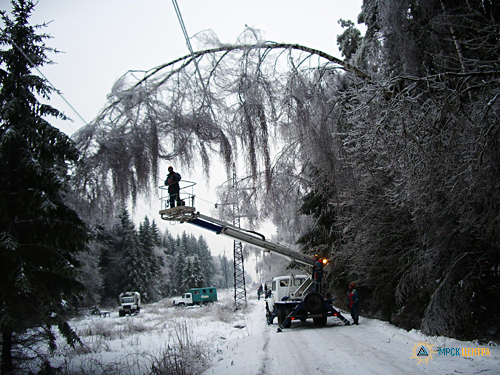 “You came to help us, your crews really worked heroically, — stated the letter of thanks. — Together we were able to do the seemingly impossible. Together, working day and night, we were able to quickly recover from the disaster and restore power supply to houses of residents of the Pskov region.”

General Director of IDGC of North-West Sergey Titov also congratulated the whole team of IDGC of Centre on the Power Engineers’ Day: “You have amazing people at work who are dedicated to the common cause, always ready to help colleagues and carry out the mission of the proud title ‘Power Engineer’. May the light and heat always warm your house!”

Распечатать…
Other News
24 June 2022 The administration of the Suzemsky district thanked Igor Makovskiy for organizing work to restore power supply
22 June 2022 On the Day of Memory and Sorrow employees of Rosseti Centre and Rosseti Centre and Volga region honoured the memory of heroes of the Great Patriotic War
21 June 2022 Igor Makovskiy made a working trip to the districts of the Bryansk region, which were shelled the day before
21 June 2022 Igor Makovskiy: we must promptly and clearly respond to new challenges to protect the life and health of our employees in border Distribution Zones