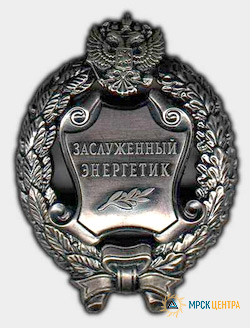 Decrees of the President of Russia Vladimir Putin # 1446 and 1449 of 27.10.2012, the employees of IDGC of Centre were awarded state rewards of the Russian Federation.

For services in the area of energy and many years of hard work the honorary title “Honoured Power Engineer of the Russian Federation” were awarded to:

State awards of the Russian Federation are the highest form of encouraging citizens for outstanding achievements in the protection of the Motherland, nation building, economy, science, culture, art, upbringing, education, health, life, and citizens’ rights protection, charities and other distinguished service to the state. President of the Russian Federation establishes state awards and rewards.

Assigning high awards to employees of the company was another evidence of the successful performance of important tasks to ensure the stable and reliable operation of the electric grid and uninterrupted power supply to consumers.