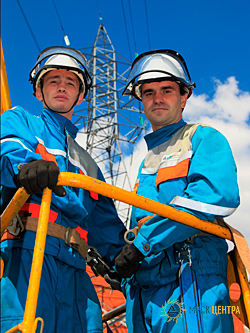 IDGC of Centre in preparation for the heating season is in its final stage. This year it was implemented in the new stage of reforming and consolidation of Russian transmission (FGC UES) and distribution (IDGC Holding) electric grids.

Special attention in preparation for the autumn-winter period was paid to working out effective cooperation between the two companies. For as soon as possible the energy sector could create a single database of emergency reserve, ensure interaction of operational and mobile crews of IDGC of Centre and FGC, and develop unified incident response regulations.

Now between IDGC of Centre and enterprises of FGC UES in all 11 regions agreements on cooperation in the prevention and elimination of process failures at power facilities were signed, operational data exchange was established, and joint operational headquarters are held. As part of the agreements there were joint exercises in the Belgorod, Smolensk, Kursk, Kostroma and Bryansk regions. During the training decision-making skills in a limited time were worked out, and the readiness of operating personnel to restore power supply as quickly as possible was checked. Power engineers of IDGC of Centre and FGC UES could demonstrate their effectiveness of collaboration in real conditions.

In  as a result of passage through the territory of the Tambov region of strong atmospheric front with wind gusts up to 30 meters per second, there was a break in the two towers on the overhead line 110 kV Michurinskaya — Khmelevskaya of IDGC of Centre — Tambovenergo division. The power supply of three administrative districts of the Tambov region, several thousand customers in the industrial, agriculture and the social sphere was interrupted. For less than an hour all consumers were powered with a backup circuit, the residents of the region felt hardly the effects of the outage. According to the results of the inspection of the fault location on the 110 kV conductor, it was found that the neighboring poles near the fallen towers had to be replaced too. The situation was exacerbated by the heavy rains, which were both before and on the day of the incident. This was an additional obstacle for the organization of work to eliminate the contingency. Operational headquarters in the aftermath of large-scale technological violations introduced a special mode.

Colleagues from Upper Don PMES of FGC UES came to assist and sent additional special equipment for restoration operations: a tractor truck “Ural” and truck-mounted crane to move the towers to the jobsite. 4 crews, 32 specialists of IDGC of Centre and FGC UES were involved in the emergency repair operations. The crews worked around the clock.

As a result of concerted actions the double-circuit 110 kV Michurinskaya-Khmelevskaya conductor was powered after 35 hours from the time of the power failure. 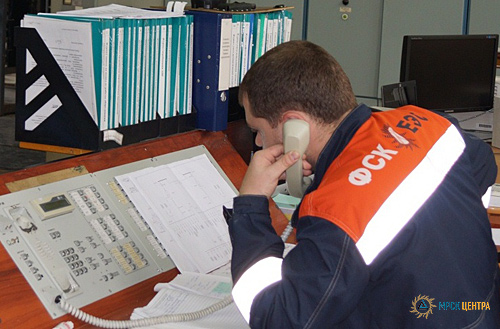 “The work to eliminate such large-scale technological violations in the real conditions proved that the power engineers of the two companies can perform any, even the most complex tasks, together — comments Deputy General Director of IDGC of Centre — Tambovenergo division director Vladimir Syschikov. — In our profession, there is always brotherhood and mutual assistance. People, regardless of personal time, with full commitment work for the overall result.”

Head of Administration of the Tambov region Oleg Betin highly appreciated the joint contribution of the power engineers to restore reliable power supply in the region. On the eve of the beginning of the autumn-winter period, this example — the best evidence of the effectiveness of the joint efforts of power engineers of the two companies for reliable power supply of consumers.