Today in Astrakhan a solemn ceremony was held to open the All-Russian competitions of professional skills of crews of services of insulation and surge protection of electrical equipment in the distribution grid complex of Russia. IDGC of Centre is presented by the southern section of the crew of diagnostics service of IDGC of Centre — Belgorodenergo division having acquired the highest points at the inter-regional competitions in Lipetsk. 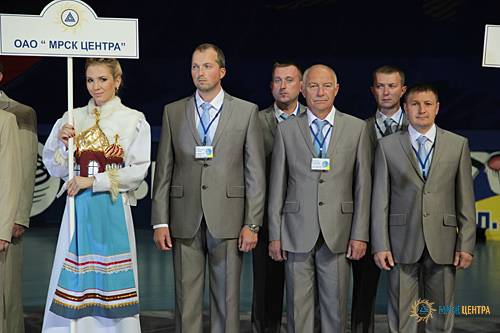 One of the features of the current events is the fact that they combine the traditional All-Russian competition of IDGC Holding and the federal stage of the All-Russian Competition of Excellence “Best in Profession” in the nomination “Best Electrician”, which in accordance with the resolution of the Government of the Russian Federation, is carried out on the site of electric distribution grid companies of Russia. The jury will assess not only the team, but each participant individually. By the sum of individual scores the best electrician of Russia will be named.

Another feature of the event was the venue — an operating 110 kV substation “South”. Deputy Chairman of the Organizing Committee, Chief Referee, Head of technical audit of IDGC Holding, Fyodor Zhukov said about it at the opening ceremony. He welcomed all participants, stressing that every year along with the level of training the level of organization of the event is also growing: “This year, for the first time power engineers will show their skills at the operating 110 kV substation ‘Jubilee’ with the most modern equipment. Competition will bring huge benefits in terms of promoting power engineering trade.”

Within the opening ceremony an unusual draw took place. Serial numbers of teams were cut on watermelons that the team leaders were to choose. Team of IDGC of Centre will be performing number ten. On the eve the team without comment passed primary instruction and the credentials committee. Chairman of the Coordinating Council of Veterans of IDGC Holding, a native of the Belgorod region, Yury Zhukov arrived before the start at the substation and rated accommodation of the teams in the so called temporary camp, wishing the team of IDGC of Centre some successful performance.

The competitions will be held in six phases. At the first one the teams will show their knowledge of existing rules, regulations and standards. The second stage — the release of a victim with electric shock when testing a cable in a 10 kV bay and providing him with first aid. In the third they will need to perform preventive tests on a separately installed sealed 110 kV bushing with paper-oil insulation. The fourth stage involves preventive tests of an auxiliary transformer with a report on its condition. In the fifth stage the crews will locate a fault on a 10 kV paper insulated cable line with a mobile cable laboratory. The sixth stage is composed of two sub-stages. The crew should measure the resistance of the grounding device at the 110 kV substation, and then — the parameters of the loop “phase-zero” in the 0.4 kV network. 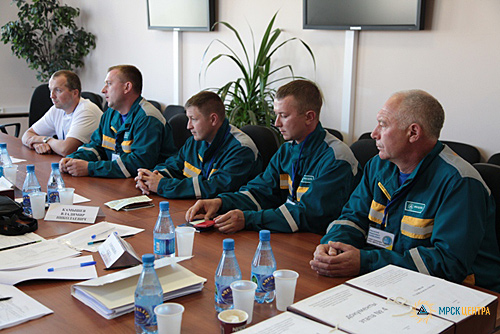 In addition to the major competitive stages, as part of the events an extensive program of exhibition performance is prepared. For example, teams of branches of IDGC of the South — Astrakhanenergo and Volgogradenergo will demonstrate the skills to release an affected with electric shock person with descent from a pole, work under voltage, trenchless laying of cable lines, rules for using the primary means of fire extinguishing and many others.

During the competitions 15 companies organized a thematic exhibition of materials and tools for use in power distribution networks. Both participants and guests of the competitions, and also coming for tours from Astrakhan schoolchildren and students will have a chance to get acquainted with the exposition.

30 cameras will monitor competitive struggle for fairness in the substation from which images in real time will be shown at 7 widescreen monitors, while being saved at a designated server.

The winning team will have the right in October 2012 to visit the 29th International Rodeo of electricians in Kansas City (USA), where each year thousands of power engineers gather from around the world. Within the federal stage of the All-Russian contest “Best in Profession” the jury will announce the top three electricians of Russia. First place winner will receive a Lada Granta car and a certificate in denominations of 300 thousand rubles.