IDGC of Centre held a meeting of Chiefs of DENs

Today for the first time IDGC of Centre held a meeting of Chiefs of Districts of Electrical Networks (DEN) of branches. 280 executives of DENs from 11 regions of the Central region gathered in Moscow to discuss preparations for the autumn-winter peak loads 2012/13.

The participants were addressed by General Director of IDGC of Centre Dmitry Gudzhoyan. He outlined the main strategic objectives in preparation for the autumn-winter period: the unconditional implementation of the repair program and diagnostics of equipment; one hundred per cent performance of clearing and expansion of ROWs; to be completed by October 15, the date of receipt of the readiness certificate, reconstruction and comprehensive repair of distribution grid facilities, which have substantial impact on the operation through the period of winter loads; the completion of acquisition of emergency reserve and full availability of special vehicles. 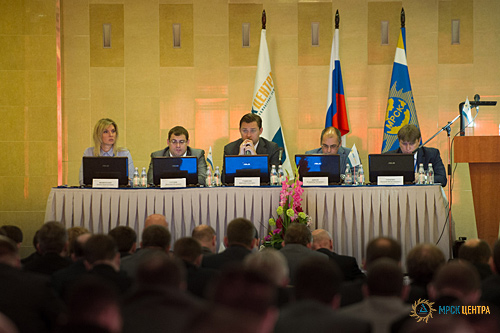 Dmitry Gudzhoyan noted that the preparations for the current autumn-winter period is being performed in the new stage of reforming the electric grid complex of Russia and the country’s leaders’ adopted decision on consolidation on the basis of FGC UES of transmission and distribution grid companies. Today, therefore, power engineers have to develop common approaches and principles, the implementation of which will increase the reliability of power supply, increase the efficiency of incident response. In priority — the formation of a single scheme of operation of networks, synchronization of repair programs, combining emergency reserves, providing interaction of operation and mobile crews. These instructions were also issued by the Russian President Vladimir Putin during a working meeting with Chairman of the Management Board of FGC UES Oleg Budargin in August this year.

One of the main tasks, as designated by the President of Russia, is to reduce the restoration time of energy supply during the process violations down to two hours. To do this, IDGC of Centre has taken systematic measures: an information exchange on the availability of emergency reserve and restoration staff has been organized, an agreement on cooperation between DENs, enterprises of MES of Centre of FGC UES and contractors has been signed. The company has formed crews of high mobility, fully equipped with tooling, equipment for restoration, emergency reserve, communications, winter special clothing. At the time of violations a crew can quickly move to any region and begin restoring power supply.

IDGC of Centre will also set up sites on which additional material reserves will be created. The creation of such bases will allow to restore interrupted power supply more quickly, especially at remote power facilities, long power lines, which are located in a forest and inaccessible area. With the same purpose the branches signed agreements with regional offices of DOSAAF to provide aircraft for rapid diagnostics of power lines and transfer of staff to remote sites.

All these measures are designed to increase the system reliability of power supply, improve the quality of electricity transmission in the interests of customers in the vast territory of Central Russia in the service area of IDGC of Centre. 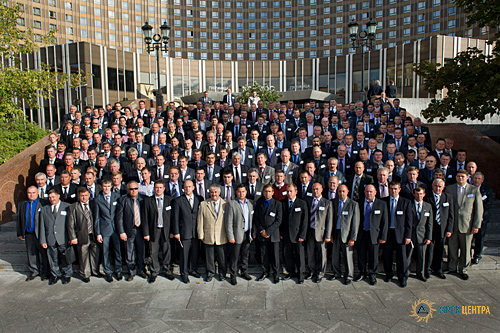