IDGC of Centre promotes the development of industrial zones

IDGC of Centre in the second half of 2012 is implementing in the central regions of Russia a number of major strategic investment projects.

The company is increasing its investment program based on principles of reliability and quality of electricity supply, ensuring sufficient flexibility of the power grid for its gradual evolution and adaptation to the dynamics of growing loads. The total amount of funding of the investment program for 2012 in IDGC of Centre will be more than 16 billion 980 million rubles.

On the territory of the Kostroma region the company is taking part in the development of the Volgorechensk industrial zone. Due to the increasing volume of industrial production and an increase in investments, Volgorechensk remains the leader in the regional rankings for the production of industrial products. One of the major energy projects in 2012 will be a technological connection of a factory for the production of drilling rigs, equipment for the maintenance of wells and other drilling equipment for oil and gas companies of the company “Varco”. To supply the facility IDGC of Centre will construct a new substation of 110/10 (6) kV and a double circuit overhead line of 110 kV. The customer contract demand is 5.7 MW of the project. At present the company National Oilwell Varco has started the first phase of this investment project: during the year it will be build a welding, mechanical and paint shop, a warehouse, a shop of downhole equipment, and office spaces. The volume of total investment, taking the equipment into consideration, is 2.7 billion rubles. It is planned that the first products will come off the assembly line in 2013.

In the Kursk region much of the investment program of the second half of 2012 is aimed at providing new consumer capacity for the agriculture industry. Among the significant projects — providing electricity supply to such large agro-industrial facilities as CJSC “Kursk Agroholding” and holding “Miratorg”. The installed capacity of the facilities will be 22 MW and 30 MW respectively. 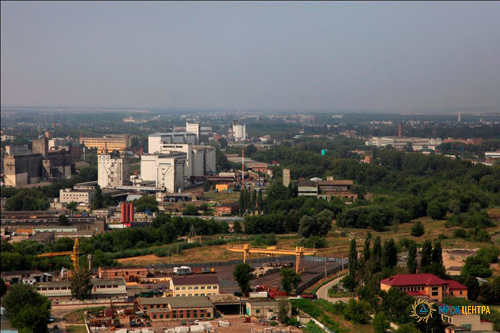 According to Chairman of the Board of Directors of CJSC “Kursk Agroholding” Igor Barschuk, the complex will not be just one of the largest in the country, but also the most technologically advanced, not only in Russia but also in Europe. This project will create more than three thousand new jobs in districts of the region. Investments in the project will amount to 10 billion rubles. In the framework of the grid connection of agro-industrial facilities IDGC of Centre will construct new power lines, transformer substations, will reconstruct the existing substations in order to ensure the provision of additional capacity.

In the Tambov region the company carries out activities to implement the agreement on the grid connection of LTD “Green Valley”, located in Michurinsky district. According to the project, the agricultural holding will specialize in several areas: the cultivation of grain, legumes and vegetables in the open field, vegetable and salad crops in greenhouses, storage and commodity processing of potatoes and vegetables, sorting, packing, canning and shipping of products to retail outlets. According to Mikhail Kornev, CEO of the company, the largest enterprise for storage and processing of vegetables in Russia will be already built in 2015. 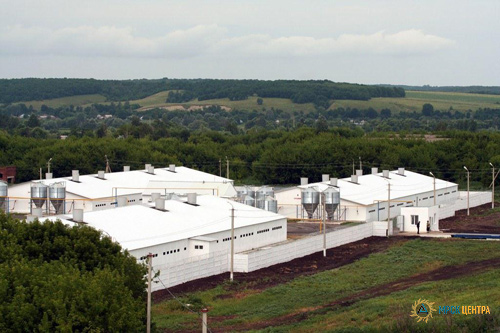 The power of the connected in the short term agricultural holding will be 2.5 MW. For energy supply of the vegetable storage IDGC of Centre will construct more than 8 km of an overhead power line voltage of 10 kV from the 110/35/10 kV substation “Khmelevskaya” and reconstruct 3.3 km of power lines of 10 kV from the 35/10 kV substation “Suburban” with the replacement of the existing wires for the one with larger cross section. It is also planned to construct 1.7 km of a tap from a 10 kV overhead line from the 35/10 kV “Suburban” up to the projected two-transformer substation of 10/0.4 kV.

The creation of an agricultural technological papk in the science city of Michurinsk was recognized as a strategic direction for the development of the Central Federal District. 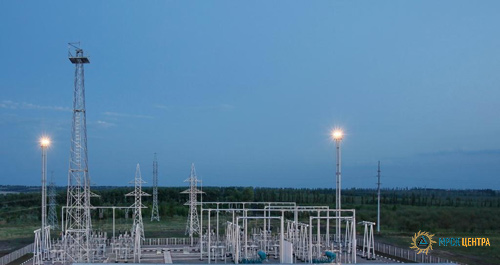 In the Orel region there is active work on the external power supply of the industrial park “Green Grove” in Mtsensk district. This is a single scientific-industrial complex in an area of 140.5 hectares. In addition, the investment program provides for design and survey works on reconstruction and new construction of several power facilities in the south-east of the Orel region. The purpose of the work — to provide a second source of independent power supply to the Livenskiy power center, which will reduce the power shortage in the region by 30 MW.