The Third Sports Games IDGC of Centre have started in Voronezh 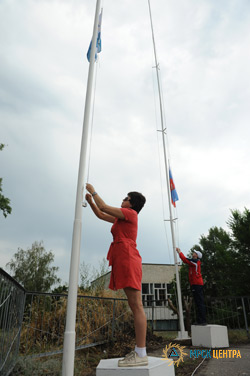 Today, August 4, 2012, the Third Summer Sports Games of IDGC of Centre have started in Voronezh, which is attended by more than three hundred athletes from 11 branches and the executive office of the Company. The grand opening event was held at the sports complex “Torch” with the participation of the Company’s management and board of referees.

The right to open the Sports Games was granted to Human Resources Director of IDGC of Centre, Chairman of the organizing committee of the Games Alexander S. Lyaskin: “We are opening today one of the most exciting sports tournaments — Interregional Distribution Summer Sports Games. I wish all now to show their best results to qualify and win the competition. And, of course, I wish all the athletes to take first place. IDGC of Centre always cares about the sport and supports employees in their desire for it. 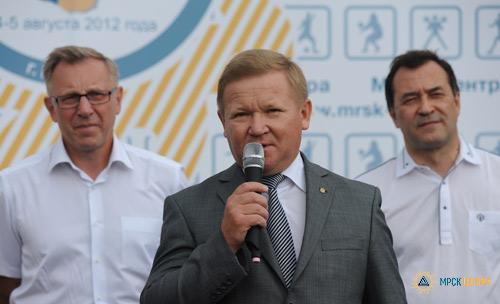 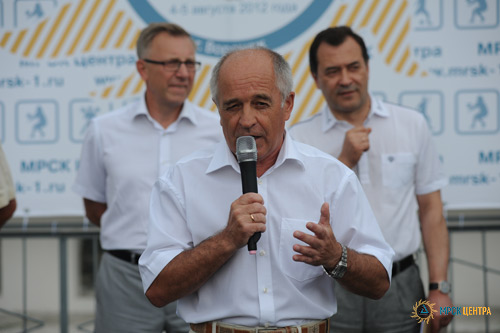 Alexander read out the message of General Director of IDGC of Centre Dmitry Gudzhoyan to all participants in the Games: “For two days Voronezh is hosting a hot struggle and competition of the best athletes of our Company. It is symbolic that our competition will take place against the background of the grand sports event of the year — the Olympic Games in London. I am sure that the intensity of sports, the will to win and focus on the success of the Sports Games of IDGC of Centre will not give the Olympic Games. The Sports Games will identify the best athletes, the deserved and winners will get awards. But most importantly — there will be no losers, as the grand prize of the competition — an example of a healthy lifestyle, the relevance of physical training for all staff of IDGC of Centre. I wish the participants of the Games of IDGC of Centre interesting and open competitions, successful starts, and nice victories!” 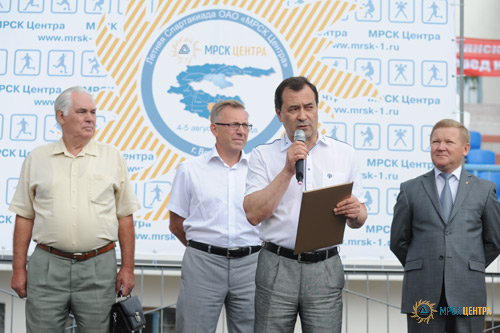 The athletes were also greeted by DeputyGeneral Director of IDGC of Centre — Voronezhenergo division director Ivan Kleymenov: “We are delighted to welcome you to the land of Voronezh. We want all visitors to the city to be in a good mood, so that you could adequately present your branches”.

Traditionally, employees will compete in sports such as indoor soccer, volleyball, weight-lifting and athletics. Well-known referees have been invited to judge the competition, three of whom — judges of the Republican category. Conducting corporate Sports Games is a long tradition of power engineers and annually it becomes a significant event in the social life of IDGC of Centre. 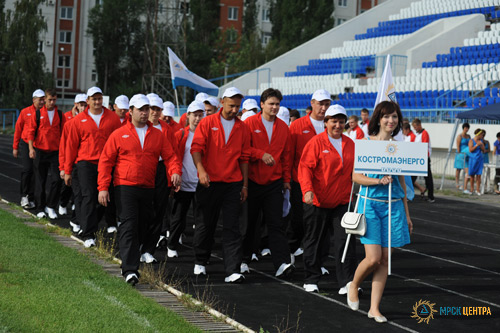 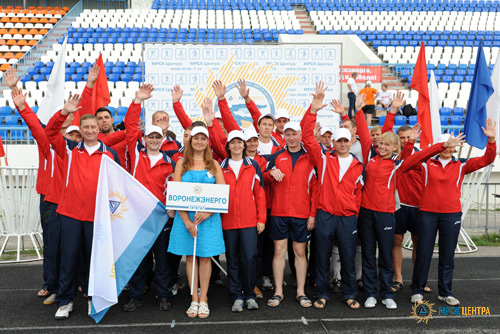