The legacy of the past - for a great future 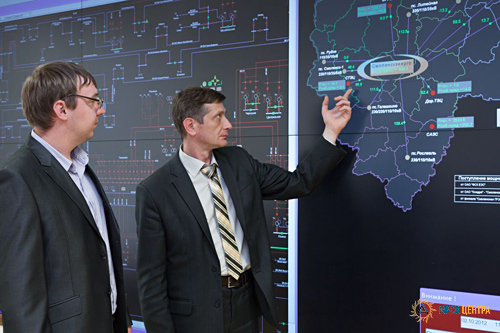 Implementing the principles of social responsibility and preservation of heritage of the past IDGC of Centre under the leadership of the Department of Communications and Information Policy of IDGC Holding is working to perpetuate the memory of the Russian scientist, the inventor of the incandescent lamp, a native of the Tambov region — Alexander Lodygin.

Today, in Lodygin’s native land in the village of Stenshino of Petrovsky district of the Tambov region in place of the former family estate on the initiative of power engineers of IDGC of Centre a memorial was installed, and beautification of the place is under way. This year, near the granite slab to the famous countryman specialists of IDGC of Centre — Tambovenergo division planted an oak alley, as well as birches, pine trees, white lilac and honeysuckle bushes. Power engineers are trying to preserve and landscape the layout of the park of Lodygin’s family estate, which was established nearly two hundred years ago.

In autumn 2012 in the Tambov region with the support of the regional Department of Culture celebrations were held in honour of the 165th anniversary of Alexander Lodygin. In anticipation of this date power engineers are preparing an anniversary exhibition dedicated to the inventor, which will be exhibited at the site of the museum of history of the Tambov power system. To add the museum’s collection employees of Tambovenergo organized an ethnographic expedition to the village of Stenshino. Old residents of the village passed to the exhibition traditional items of folk culture and peasant items, dating from the beginning of the XX century, and church furnishings, which was preserved by the dwellers after the destruction of the tribal church of St. Constantine. Specialists of Public Relations Department of Tambovenergo also visited the museum of Petrovsky municipality. During the visit cultural workers shared their collected historical material about the famous countryman, introduced the guests to the current exhibition of the museum complex. 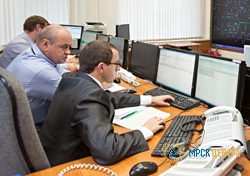 The exhibition will also display documents and photographs relating to the inventor’s childhood and youth. The second part of the exhibition will tell about his becoming a scientist, his main discoveries and years spent in exile in France and the United States.

Governor of the Tambov region Oleg Betin at a recent meeting with representatives of IDGC Holding and IDGC of Centre offered to work out a joint project of the museum and exhibition center in the village Stenshino, the birthplace of the world-renowned inventor. The capital‘s Polytechnical Museum also plans help in the creation and filling the exhibition complex, because Lodygin was an Honorary Member of the Russian electrical company.

“It is unfair that the name of Alexander Lodygin is known mainly in academic circles — mentions Adviser to General Director of IDGC of Centre Andrey Barkovsky. — But it was he who seven years before Edison invented the carbon filament. In 1874, the domestic bulb maker received a Lomonosov Prize of the St. Petersburg Academy of Sciences. At the Vienna Electrical Exhibition in 1884 Lodygin’s incandescent lamps in many respects were ahead of foreign ones. For the participation in the exhibition Lodygin was awarded the Order of Stanislav of the third degree — a rare case among Russian inventors! The genius inventor of the incandescent was ahead of his time, many of his discoveries were not understood among his contemporaries. For several years power engineers of IDGC of Centre have been working to perpetuate the memory of the inventor. This is necessary not only for us but also for the future generation of Russians”.