By the Russian Federation Presidential Decree A.V. Efremov, electrician to repair relay protection and automation equipment of IDGC of Centre — Kurskenergo division was awarded the Medal of the Order of Merit for the Fatherland of the II degree. The state award was given to Alexander for achievements in labour and many years of honest work. 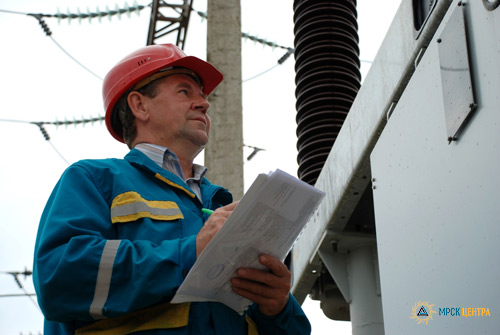 At his native enterprise he has been working continuously for 32 years. After graduating in 1974 from Kursk Railway College in the specialty “Electricity supply” and having served in the army, Alexander Efremov in 1980 came to Kurskenergo as an electrician to repair relay protection and automation equipment.

Alexander V. took an active part in several projects aimed at modernizing the distribution grid complex of the Kursk region, including: replacing transceivers of high-frequency protection for Conductors-110 kV, automatic oscilloscopes and fault locators on high-voltage power lines for the latest digital devices; programming, commissioning of microprocessor relay protection units and remote control of reclosers in the 10 kV distribution network. He participated in the implementation of the Programme of operational and information complex and devices to control and manage center the Grid Control Centre of IDGC of Centre — Kurskenergo division within which 200 telemetry sensors were installed at the substations 110/35/10 kV “Schetmash”, 110/35/6 kV "Fiber “and 110/6 kV “Forest ”, which increased the operational reliability of 110 kV conductors.

The honoured veteran did a lot for the successful implementation of targeted programs to install gas-insulated 110 kV circuit breakers, replacement of  oil circuit breakers in the distribution networks for vacuum ones with the reconstruction of relay protection and automation equipment and equipping 10 kV switchgears with advanced arc protection, resulting in improved power supply reliability and reduction of maintenance costs of electrical equipment.

Alexander Efremov — Honorary Power Engineer, he was awarded the honorary title of IDGC of Centre “The best in the profession”. He was honoured the diploma of Ministry of Fuel and Energy of the Russian Federation.