IDGC Holding summed up the third All-Russian contest of journalistic works "Electrical Grids-2011", which has been taking place since 2009. This year’s contest was attended by journalists of Russian national and regional print and electronic media, radio and television stations, covering in their publications and pieces the work of the electric distribution grid complex of Russia.

Among the winners of the contest there are journalists from Belgorod, Lipetsk, Orel and Smolensk — the regions o f the service area of IDGC of Centre. 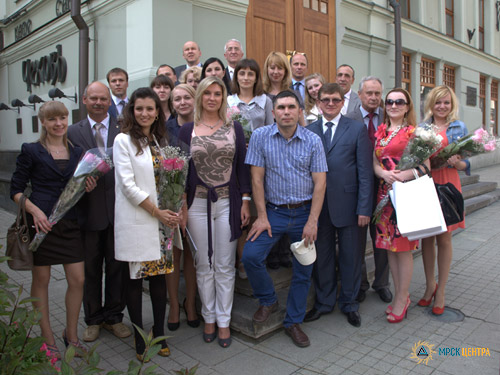 The 1st place in the nomination "Energy SWAT" was awarded to Artem Matsin, Correspondent-Host of the news and analysis programs TC "TNT-Province" in the Voronezh region. In his story "Power engineers are preparing for the heating season" the author says on the preparation of employees of IDGC of Centre for the autumn-winter period peak loads. The journalist in a little reportage aptly illustrated the tremendous work done by power engineers in preparation for the difficult period of peak loads.

In the nomination "Faces of the industry" the 1st place was taken by Valery Avshalumov from the Orel newspaper "Orel Komsomolets". He received the prize for a series of essays on the electric power engineers: "Portrait in the interior of electrical networks". His materials to perpetuate the memory of Orel resident Nikolay Sirotinin, who committed his deed during the Great Patriotic War, the annual aid to Nekrasovskaya boarding school, as well as on the work of the labour team of Orelenergo, were highly appreciated by the jury. 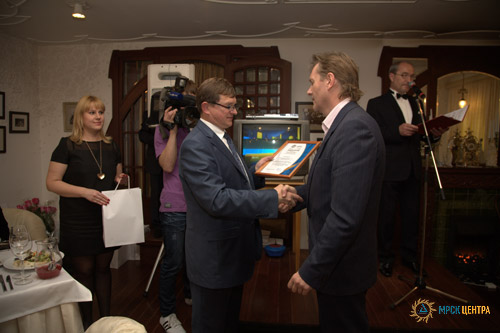 In the nomination "The Light of History" – the winner was Svetlana Elkina, Journalist of the Belgorod socio-political newspaper "Valuisky Star" for her article "The Birth of Light", dedicated to the honoured worker of Ministry of Fuel and Energy, a veteran of Belgorodenergo Vasily Y. Tarasov.

In the nomination"Let there be light" the 2nd place was taken by Vladimir Kulik — Journalist of the Lipetsk regional newspaper "Komsomolskaya Pravda", in which he has been working successfully since 2006. In his article "With the energy for all and for each" the author showed routine work of power engineers. Certificate of Merit in this category was received by Victoria Chugaeva, Belgorod correspondent of the newspaper "Life and Times". She was awarded for the materials "New Light - New Perspectives" and "Day and night - day off" (about modern metering devices). 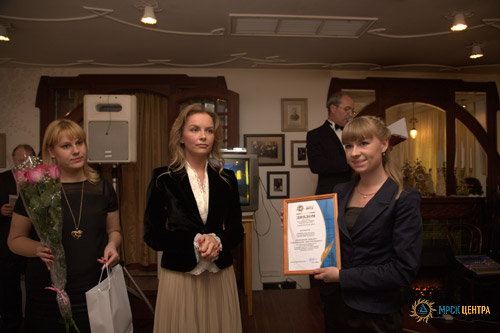 Certificate of Merit was received by Dina Grishina - Journalist of "STRC Smolensk" for the story "The fight against bad weather", which tells of the heroic efforts of power engineers by day and night to make all possible and impossible for the quickest recovery and electricity supply restoration after a storm in the Smolensk region.

In the nomination "Safe. Easy. Effectively "- 2nd place – was taken by Liliya Batyreva, Correspondent of the Yakovlevsky regional newspaper "Victory" (Belgorod region) for the photos from the press tour "On new connections of individual housing construction micro-districts, induction lamps and other examples of modern technology". 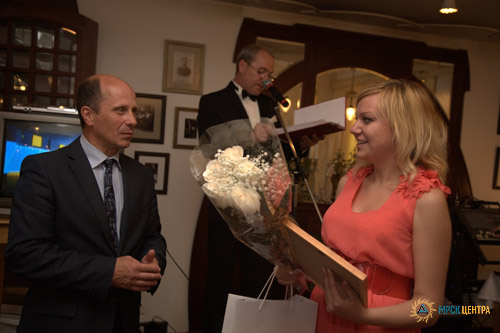 In the nomination "Energy Saving" Certificate of Merit was received by Olesya Vykhrystyuk, Journalist of the newspaper "Dawn" and "Valuisky Star" for the two publications devoted to the work of IDGC of Centre – Belgorodenergo division. 2nd place - in this nomination - was earned by Journalist Lyudmila Markova, Correspondent of the Voronezh newspaper "Coast". She was awarded by the contest’s jury "Electrical Grids" for the essay on the dynasty of power engineers of IDGC of Centre-Voronezhenergo division – the Ryzhovs. 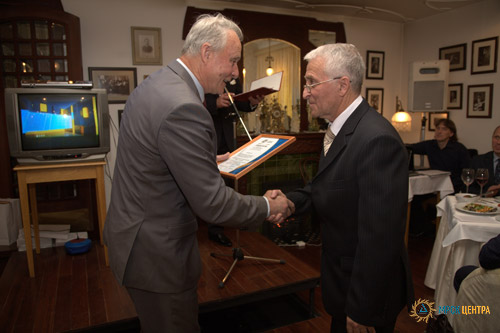 Certificate of Merit was given to Journalist from Lipetsk - Vyacheslav Iskornev working in the "Lipetsk newspaper" for the article "A cry for help". His material tells a story about Power Engineer of Eletsky District of Electrical Networks, Vladimir Polikutin, who saved a girl from the death, deeply touched the jury.

IDGC of Centre congratulates all the winners of "Electrical Grids-2011" and wishes further success to the journalists who were covering the work of the electric distribution grid complex.