Experts of IDGC of Centre are performing activities on environmental protection

Improving the reliability of electricity supply and compliance with all environmental safety standards, the development of environmentally balanced power industry are the priorities of IDGC of Centre

An analysis of failures shows that cases of contact with birds in the installation cause power equipment failure. In an average year there are dozens of such cases. Often, rare species of wild birds get into in electrical systems under voltage. The problem of bird deaths, which are in the Red Book of Russia, was of particular concern not only for environmentalists, but also engineers. That is why the Company is developing activities to protect lives of animals and birds. For example, since 2012 in the construction and reconstruction of overhead power lines bird guards are installed on working insulators with joining sections of Conductors-10 kV (Bird Guard-10).

For example, such devices were installed in the Tambov region in the construction of power lines from the substation 35/10 kV "Yaroslavl" of 10 kV voltage and taps to four projected two-transformer substations 10/0.4 kV. These places were chosen on purpose: experts found out that large birds come under voltage most frequently. Often in Mordovsky, Pichaevsky, Sampursky, Inzhavinsky districts of the Tambov region bustards get into electrical installations - one of the largest varieties of birds. Soaring from wires, birds often touch with the edge of the wing an adjacent wire and are killed with electric discharge. This usually occurs at higher elevations in the steppe zone, close to the wire fixture on a pole.

The benefits of the Bird Guard-10 device also include: the ability to produce a full line of low-level inspection, maximum speed and ease of installation. In addition, these devices protect the insulators from the negative impact of the environment - rainfall, UV radiation, corrosive impurities of different substances in the atmosphere.

Another activity aimed at ensuring the protection of animals and birds from electric shock in the branches of IDGC of Centre at 35-110 kV substations is to insulate 6-10 kV bus bridges and wires of outgoing 6-10 kV overhead power lines, using an adhesive tape OLIT.

IDGC of Centre aims to implement new equipment that improves the quality and reliability of electricity supply observing the principle of social responsibility and protection of wildlife. 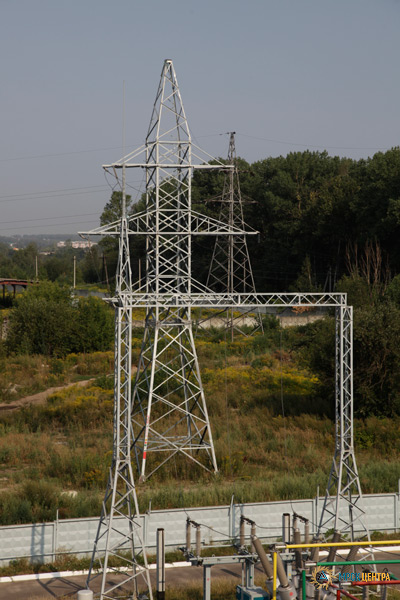