In early May, in the village of Idritsa of the Pskov region the annual All-Russian historical-memorial action "Relay of Victory Banner" was launched, organized by IDGC Holding. The delegation included representatives of veterans’ and youth organizations, distribution grid companies of IDGC Holding. IDGC of Centre was represented by Deputy Chairman of the Board of Veterans Viktor Frolov, Deputy Chairman of the Youth Council Alexey Magon. 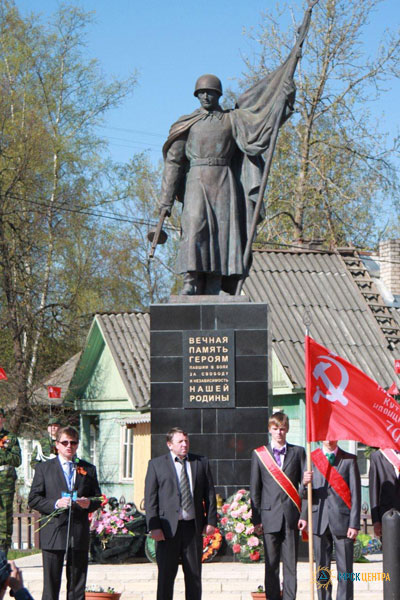 The choice of the territory of the celebration is not accidental: it is here in the land of Pskov, the famous 150th of the Order of Kutuzov of II degree Infantry Division was formed, whose flag was hoisted over the Reichstag in 1945. 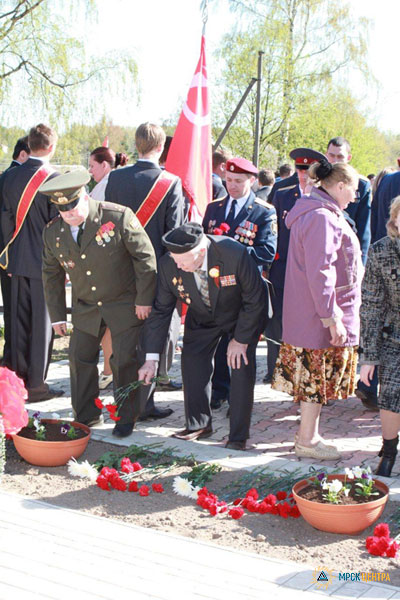 A solemn meeting devoted to the beginning of the action was started by Head of the delegation of IDGC Holding, Director of Information Policy and Communications, Director of the Institute of Social Memory Alexander Uzhanov. He opened the meeting-requiem in memory of the fallen in World War II battles by thanking all those who defended freedom of the Motherland on the battlefield. "Among those who in the early days of the war went to the front, were our colleagues, electricians, who finished accelerated courses of communicators, radio operators, pilots and went into battle. Today we bow our heads in gratitude to the memory". 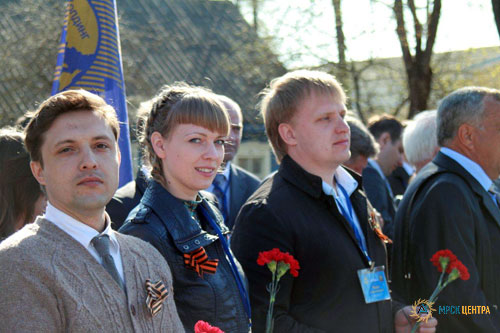 On the first day the delegation of IDGC Holding in the Pskov region visited a unique military-historical museum under the open sky - Kholmatka fortified defensive Lines of Stalin. The participants of the action paid tribute, honoured the memory of outstanding Russian Naval Aviator, a worthy successor to the soldiers - Hero of the Russian Federation, Major-General Timur Apakidze on the site of his tragic death in an area of city of Ostrov.

The main ceremony was held in the village of Idritsa of Sebezhsky district of the Pskov region. Here, at the monument to the victorious soldier, in a solemn meeting, dedicated to the promotion of the action "Relay of Victory Banner", villagers, students of Idritskaya high school, war and labor veterans gathered.

The speakers at the meeting from the delegation of IDGC Holding stressed that it is here, at the legendary land of Idritsa, one particularly feels deeply the connection between generations. As Alexander Uzhanov said in his speech: "The name of Idritsa is forever entered into the glorious history of the Great Patriotic War, the name is inscribed on the Victory Banner, which was hoisted by our soldiers over the defeated Reichstag in May 1945". 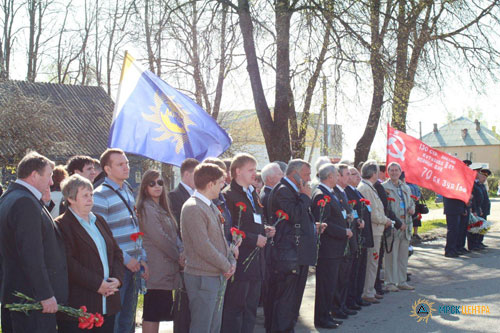 At the memorial meeting the address of participants of "Relay of Victory Banner" was read out to veterans and residents of the Pskov region. It, in particular, said: "Employees of the electric distribution grid complex care about the great heritage of generations of winners. The "Relay of Victory Banner" demonstrates the continuity of generations and the inextricable link to our heroic past. Preserving the memory of heroic valor and great deeds of our fathers and grandfathers is a link between the past and present, is a guarantee of revival and the power of the spirit of the nation. Today we refer to the experience of veterans, take power and energy from them to solve large problems. Your selfless love and devotion to the Fatherland and its people, resilience and courage at the front and rear, still serve as an example for our youth. That is why we are so important to ensure a decent life for people of the older generation, stability, peace and prosperity of our native land. We are taking and we will take care of the graves of dead soldiers in the holy war and keep their memory. We encourage purposefully and consistently to solve social problems of surviving veterans and home front workers, the issues of their decent pension". 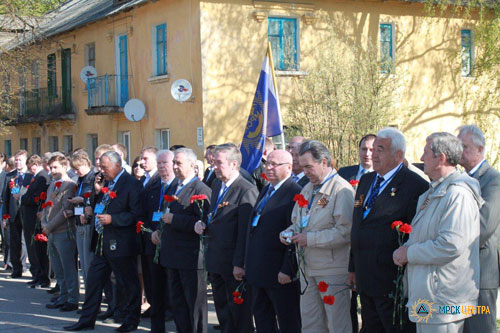 Then in Idritskaya high school a solemn ceremony of handing over replicas of the Banner of Victory to chairmen of boards of veterans and youth leaders of IDGC/DGC was held. The replicas of the relic were handed over by Representative of Pskov Regional Board of Veterans Vladimir Mikhailov and Chairman of the Coordinating Council of the electric distribution grid complex Yury Zhukov.

Receiving a replica of the Banner of Victory Alexey Magon, Deputy Chairman of the Youth Council of IDGC of Centre said: "Holding the replica of the symbol of the Great Victory, one gets a deep sense of gratitude to the heroes of the Great Patriotic War, as well as a deep sense of responsibility for preserving the memory of the price of the Victory won by the millions of lives".

From here, from the land of Idritsa, the replicas of the Banner of Victory for the Victory Day were taken first to the executive office of IDGC of Centre, and then transferred for the eternal storage to 278 Districts of Electrical Networks, operating throughout the Company's service area. 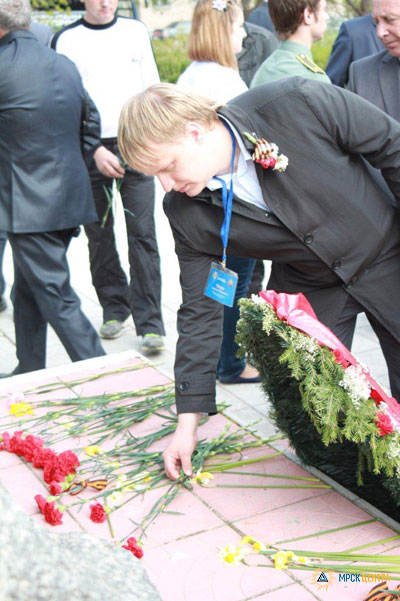