For the first time in the history of IDGC of Centre the Competition of Profession Skills of operators of the Company are being held. IDGC of Centre — Kurskenergo division has become the venue for the competition.

The main objectives of the event are to check the readiness of operators to work in a complex operation mode in conditions of peak loads; to improve skills of operators- specialists, who on duty around the clock in the Control Room; dissemination of the best practice.

The opening ceremony of the competition was attended by teams representing 11 branches of the Company, members of the judging panel, representatives of the Kursk region Administration, Rostekhnadzor, General Directorate of EMERCOM of Russia in the Kursk region.

Deputy Chief Engineer for electric grid facilities management of IDGC of Centre Evgeny Turapin and Deputy General Director of IDGC of Centre — Kurskenergo division director Alexander Pilyugin addressed to the participants with words of welcome and wishes of a successful start.

«Competitions of professional skills of operators is one of the most effective methods for assessing the level of training and improving the professional level of operators — said Evgeny Turapin. Their holding allows the exchange of experience in managing electric power operation modes of power systems».

After the draw, which determined the order of the teams’ presentation, operators began passing stages of the competition. 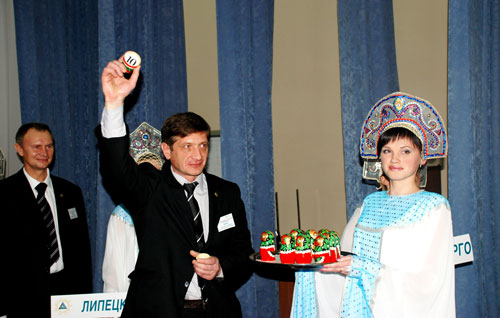 In the first stage the judges will evaluate the knowledge of the participants of existing rules, regulations, standards, legislation regarding operational and technological management with the use the software system «Centurion».

The second phase — implementation of resuscitation with the simulator «Gosha» — this is a dummy of the injured, at which skills in first aid are trained and tested, such as splinting, artificial respiration, transportation and many others.

In the third stage the teams will extinguish fire in a one-story 0,4 kV switchboard using the primary fire extinguishing equipment.

In the fourth stage the competitors will demonstrate their ability to perform fast switching with the use of the software «Modus». In a real situation all in service power equipment of the grid is in one of three states: «in operation», «in reserve» or «under repair». Under control of the operators the equipment is switched from one state to another. The task of the operator is to set up optimal switching of the equipment so that the consumer will not notice it at all.

In the fifth stage the judges will evaluate the correctness of filling in the switching order form with the help of a sound-making device.

In the sixth stage an emergency response exercise will be carried out with the use of the computer simulator «Modus».

Competition of Profession Skills of operators of IDGC of Centre is of great interest to other IDGCs. Representatives of OJSC «Kubanenergo», Department of operational and technological control of IDGC Holding came to Kursk in order to exchange experience. There are also professors of specialized universities of the Kursk region in the competitions. 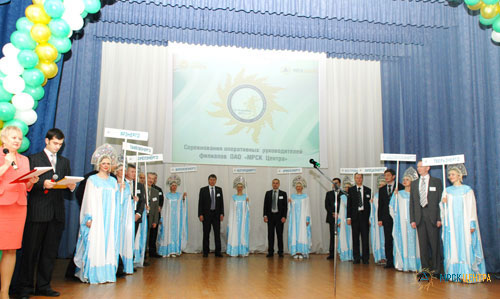