IDGC of Centre strengthens the link between the generations

IDGC of Centre — Kurskenergo division was visited by veterans of the Ministry of Energy of the Russian Federation. The delegation included well-known power engineers of the country, who worked at Construction and Installation Offices, were involved in the development of nuclear power industry of the USSR, construction of energy facilities, including the Kursk nuclear power plant.

The veterans of the Russian Energy Ministry visited the memorial complex “Kursk Bulge”, attended Root Hermitage in the town of Svoboda of Zolotukhinsky district of the region and churches of the regional center.

Deputy General Director of IDGC of Centre — Kurskenergo division director Alexander Pilyugin met the delegation at IDGC of Centre — Kurskenergo division office and spoke about the development of the regional electric grid at the current moment. In the Power Engineering History Museum of the Kursk region the representatives of the veteran delegation learned the stages of development of the power system, got to know about representatives of different generations of power engineers, whose hands created the energy power of the Kursk region. 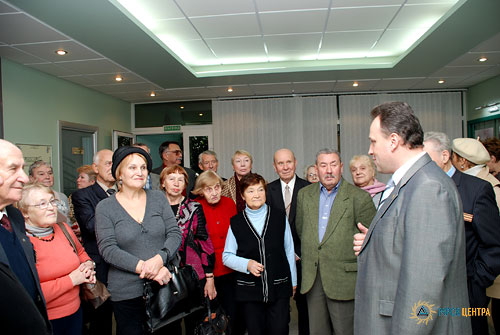 At the meeting of the veterans of the Russian Energy Ministry and veterans of the division there was an exchange of experience in the work of veterans’ organizations. Chairman of the Board of Veterans of Kurskenergo Dmitry Bozhak told his colleagues about the veterans’ movement of IDGC of Centre. He outlined the set of measures aimed at supporting power engineers who are retired.

At the end of the meeting the members of the delegation thanked the veterans of Kursk power engineers of IDGC of Centre for their hospitality. Commenting on the results of the visit, the delegation leader Igor Novozhilov noted: “The visit of our delegation to Kursk has left many pleasant impressions. We have learned details of the military battles at Kursk Bulge and the postwar restoration of power facilities of the region. And today Kursk power engineers of IDGC of Center demonstrate an excellent job in developing and modernizing the electric grid of the country”.

Work with veterans in IDGC of Centre received much attention. That veteran of the company actively participate in its scientific and technological innovation, and contribute greatly to the development of museum exhibitions branches IDGC of Centre, passing on their experience to younger generations. 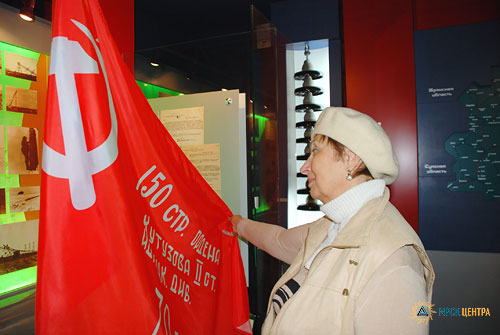 Распечатать…
Other News
24 June 2022 The administration of the Suzemsky district thanked Igor Makovskiy for organizing work to restore power supply
22 June 2022 On the Day of Memory and Sorrow employees of Rosseti Centre and Rosseti Centre and Volga region honoured the memory of heroes of the Great Patriotic War
21 June 2022 Igor Makovskiy made a working trip to the districts of the Bryansk region, which were shelled the day before
21 June 2022 Igor Makovskiy: we must promptly and clearly respond to new challenges to protect the life and health of our employees in border Distribution Zones