Electricity Distribution Utilities are prepared for the maximum load 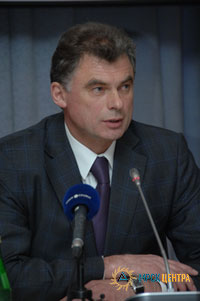 General Director of IDGC of Centre Dmitry Gudzhoyan, who participated in an operations meeting of IDGC Holding with CEOs and technical managers of IDGC/DGC, reported on the implementation of activities aimed at preparing for the autumn-winter 2011/12.

General Director of IDGC Holding Nikolay Shvets took the floor at the meeting. He noted that in preparation for the autumn-winter period (AWP), the specialists of IDGC Holding took into account all the possible difficulties faced by operating companies. At the same not only a large amount of physical work within the maintenance and investment programs has been done, but a number of system-level measures has also been taken, which, given the accumulated experience, bring the operations of IDGC/DGC in regards with the increase of the reliability of electricity supply to a new level.

In order to ensure the reliable electricity supply IDGC Holding the current year is implementing an ambitious program to clear and expand the project-narrowed ROWs along overhead lines (both at the expense of maintenance and investment programs). As part of the annual maintenance program IDGC Holding for 2011 has scheduled to clear ROWs along overhead power lines (OPL) of the total area of 68 265 ha, of which 17 852 ha — in the service area of IDGC of Centre. The Company has already completed most of the work for 10 months of this year (as 24.10.2011 16 138 hectares have been cleared). Dmitry Gudzhoyan noted that the setting of the amount of work to clear and expand ROWs was performed based on the analysis of the past autumn and winter peak loads, and compared with the previous year, the plan was increased by 1.5 times.

The total consolidated investment program of IDGC Holding for 2011 envisages the construction of more than 17.5 thousand km of power lines and commissioning of transformer capacity of over 7 thousand MVA. The capital expenditures in the current year are projected at 130.7 billion rubles (without VAT). IDGC of Centre will spend over 15 billion rubles (VAT excluded) for capital investments. In 2011 the Company intends to commission over 1 368 MVA capacity and construct 4 533 km of power lines.

Particular attention of IDGC of Centre in preparation for the autumn-winter period was aimed at commissioning electric grid facilities (new construction and reconstruction) involved in ensuring the operation in the AWP 2011/12.

In addition, based on the analysis of work during the past autumn and winter in preparation for the new heating season attention has been paid to the creation of mobile rescue and recovery crews, procurement of special equipment with good cross-country ability, the formation of the fleet of reserve sources of power supply, automation of the system to manage distributed resources at emergency and recovery of work. Dmitry Gudzhoyan noted in his report that on the whole service area of IDGC of Centre 90 mobile emergency repair crews of 506 people were created. The crews are provided with 151 pieces of vehicles, including 102 — with good cross-country ability. 38 back-up power sources are available in the Company. This will allow the company to respond quickly to possible technological violations and in a timely manner when necessary to assist the energy sector of the neighboring regions.

To improve efficiency in case of emergency situations in the operating companies of IDGC Holding emergency response training of personnel and joint exercises are being conducted with EMERCOM and regional authorities, emergency restrictions schedules of power consumption have been made and emergency supplies and materials have been restocked. IDGC of Centre has conducted 189 emergency response trainings to implement schedules for temporary outages, 16 exercises with EMERCOM and regional administrations, 250 training workouts for the detection and elimination of ice conditions, snow buildup on wires and ground wires. 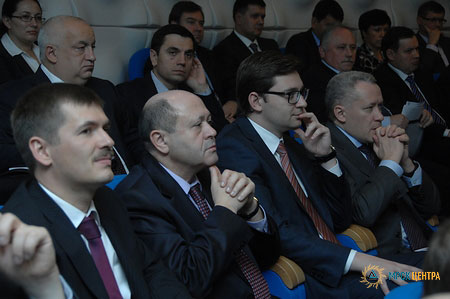