Participants were welcome by General Director of IDGC of Centre Dmitry Gudzhoyan. He drew attention to the importance of forming a single internal and external information policy of the Company and a holistic approach in its implementation. 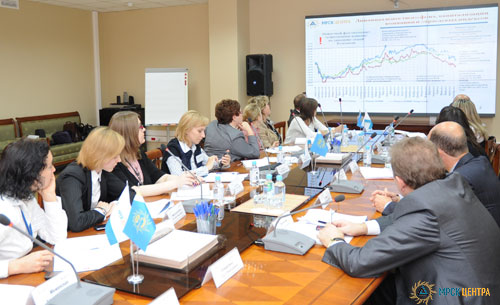 Director of Information Policy and Communications of IDGC Holding Alexander Uzhanov introduced participants to the concept of implementing a single reputation policy of IDGC/DGC, elaborated on the issues of international co-operation of the Company.

The meeting’s participants in the format of «round table» reviewed the state of communications environment and information situation about the activities of IDGC of Centre, discussed the issues of maintaining a positive image, and efficient information exchange with all target groups.

The speech of Deputy General Director for Technical Issues — Chief Engineer of IDGC of Centre Sergey Shumakher was devoted to the value of public relations in the energy sector, the importance of support from the PR departments of the Company during the transition to two-tier model of governance, particular attention was drawn to the need for fast and objective information to customers during the autumn-winter peak loads.

Head of Cooperation with Shareholders Office of IDGC of Centre Tatyana Miroshnichenko spoke about the role and methods of effective interaction between PR and IR divisions of IDGC of Centre, aimed at improving the investment attractiveness and shareholder value, and the impact of news background on the dynamics of quotes of the shares at Stock Exchanges. In addition, there was a significant joint work of PR and IR divisions in the preparation of joint activities for the Investment Banking Professionals, performed in the divisions of IDGC of Center.

Advisor to General Director of IDGC of Centre, General Director of JSC «Energy Service Company» Mark Slonimsky informed the extended meeting of the main directions of the energy service activity being implemented in the regions of IDGC of Centre, on projects in the region of small generation, the introduction of energy saving measures, the organization of energy audits. Much attention in the discussion was paid to the analysis of reputational risks, their minimization, particularly during the autumn-winter period.

The meeting touched upon the topic of the professional personnel pool for the distribution grid utilities «Young support of IDGC Holding», mentoring, co-operation with the veteran and trade union community of IDGC of Centre.

«Such extended meetings help again „compare notes“ for all the participants of the business process on the Company’s reputation management — summed up Alexander Uzhanov. — The format of such meetings allows to evaluate the role and place of the Public Relations Departments in the operating activities of the entire Group of companies of IDGC Holding, to understand how well built is the process of interaction in the implementation of a single information policy, to assess risks and make plans». 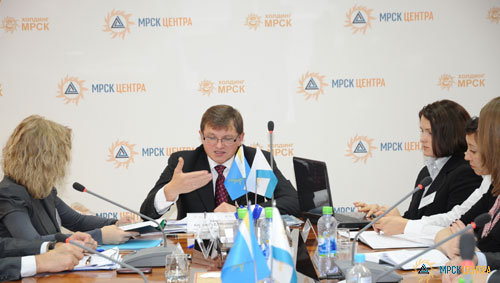