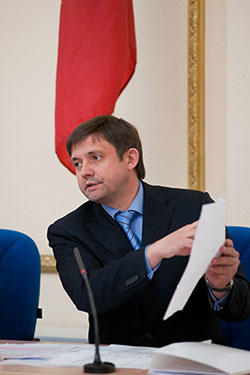 During the press conference, Acting Deputy Governor of the Bryansk region Konstantin Simonov emphasized that the transition of the functions of a supplier of last resort to IDGC of Centre will not lead to changes in the conditions of purchase of electricity for consumers: electricity prices will not grow up, the quality of power supply will not decrease, and the conditions of contracts for electricity supply for businesses will not change. Deputy Governor focused the region’s journalists’ attention on the fact that the transfer of the retail function to IDGC of Centre, whose branch in the Bryansk region is Bryanskenergo, will have positive impact on the development of the Bryansk region. He expressed confidence that IDGC of Centre, recognized as a highly efficient enterprise and interested in doing an honest transparent business, is to cope with its task set. 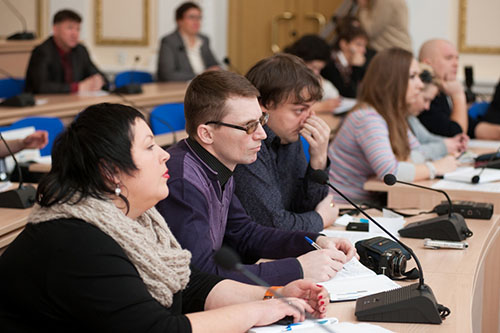 — We believe that IDGC of Centre will implement its management solutions and service developments in its retail departments, will introduce a system of integrated customer service, thus raising the retail business to a completely different level, — stressed Konstantin Simonov.

The journalists expressed keen interest to the topic raised at the news conference, asked the representatives of IDGC of Centre — Bryanskenergo division a lot of questions, foremost among which were — whether residents of the region will be affect with the transfer of the retail functions, whether people will have difficulties paying for electricity or taking readings with their electricity meters?

Director of Bryanskenergo Oleg Zotin explained that the transfer of the function of a supplier of last resort will not affect electricity . He clarified that in terms of service, consumers will only benefit from that — from now customers of the retail companies can use the customer service infrastructure of IDGC of Centre. In the system of customer care in the Bryansk region there are three Customer Service Centres and 27 front offices of Bryanskenergo in operation. The company has its 24/7 Direct Power Hot Line at 5. By calling this number, the customer will be able to get free expert advice on all matters, and submit meter readings. In the very near future IDGC of Centre will complete a project to create on the company’s website the Personal Account for residents of the Bryansk region. 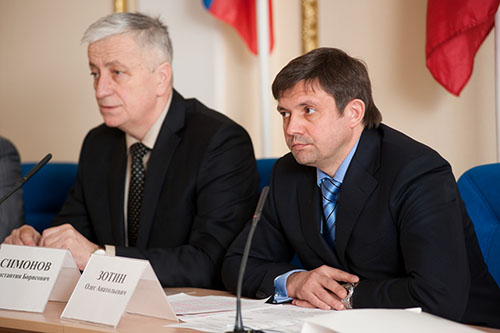 The site of IDGC of Centre has the , through which customers can apply, ask any question, send a request and get qualified and prompt response.

Director of Bryanskenergo Oleg Zotin showed reporters a new receipt, which now will come to electricity consumers, and explained that it differs from the former only by the payee and details.

The journalists were also concerned with the question, whether the company in a short time was ready to take up the retail function of a supplier of last resort in full. IDGC of Centre’s representative assured that the company is aware of the high responsibility for quality performance of the order of the Government of the Russian Federation and are confident that they will cope with the task set. This functionality is similar to the branch of IDGC of Centre, as it has always worked with end customers, and the retail activity is a logical continuation of the implementation of the electric grid function. Thus, in addition to providing electric energy transmission services, Bryanskenergo will carry the full range of activities of electricity retail to businesses, organizations and residents of the Bryansk region.

Director of Bryanskenergo also told that the payment for the consumed electric energy can be made in all branches of Sberbank of Russia and «Mail of Russia», as well all the Customer Service Centres, where payments had been processed previously. Details for the transfer will be indicated in the receipt.

Finally Acting Governor Kontantin Simonov underlined that the changes should have some positive impact on consumers and the development of the region.