June 15, 2013 in Moscow at Poklonnaya Hill a ceremony of presenting diplomas to graduates of the Military University of the Ministry of Defence was held, which was attended by General Director of IDGC of Centre Oleg Isaev. 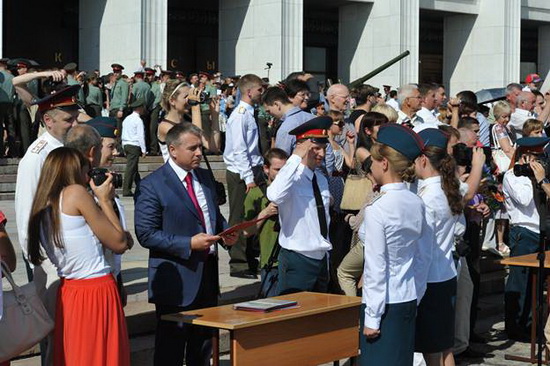 The head of IDGC of Centre congratulated the graduates of the Military University on the successful completion of their studies. Oleg Isaev, who also graduated from this institution, expressed his confidence that all of them are highly skilled specialists and always will be in demand in government agencies and large companies, as many who have graduated from it earlier. The head of IDGC of Centre Oleg Isaev wished the graduates luck and happiness and to become professionals.