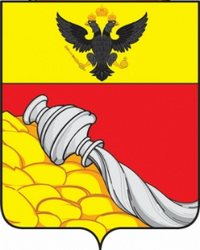 During the visit General Director of IDGC of Centre Oleg Isaev held a production meeting with heads of structural units of IDGC of Centre — Voronezhenergo division, which summarized the activities of the branch for the 1st quarter of 2013. The meeting also discussed the progress of the repair program. At the end of the meeting Oleg Isaev visited the Grid Control Centre of Voronezhenergo, which receives data on the functioning of the electric grid complex of the Voronezh region and performs the operational control of the activities of the branch in the region.

An important part of the trip was a meeting of General Director of IDGC of Centre Oleg Isaev with Governor of the Voronezh region Alexey Gordeev. The meeting was also attended by Deputy Head of the Government of the region Sergey Kuprin, Acting Head of the Administration of Voronezh Gennady Chernushkin and Director of IDGC of Centre — Voronezhenergo division Ivan Kleymenov.

During the meeting the parties discussed a number of issues, including the integration of grid assets of IDGC of Centre and the progress of the street lighting program implementation. 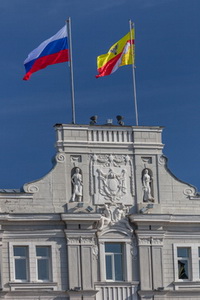 «The issue of the integration of grid assets is important for IDGC of Centre, and we will seek to expedite the evaluation and corporate procedures for the acquisition of „Voronezh City Power Grids“,» said General Director of IDGC of Centre Oleg Isaev. «You need to look at this process not from the point of view of the commercial component, but the performance of the task of providing the population with reliable energy supply.» Governor supported this position, saying that from the regional government IDGC of Centre will receive all the necessary support in this matter. «Our task is to create a new kind of morality. To explain and show that all must pay,» stressed Alexey Gordeev. «At the same charges should be reasonable —a person pays as much for the energy as he or she consumes. And to have some proper technological base. I think the integration of the assets will contribute to this task.»

Currently scheduled for an independent expert valuation of the property of MUE «Voronezh City Power Grids».

With regard to street lighting of settlements of the Voronezh region, Ivan Kleymenov informed Oleg Isaev and Alexey Gordeev that the work is being performed according to schedule, and by the end of summer 2014 over 30 thousand lighting points will be installed in all municipal districts.

At the end of the meeting Oleg Isaev thanked Alexey Gordeev for efficient interaction with Voronezhenergo and also noted good performance of the Voronezh branch and its management.