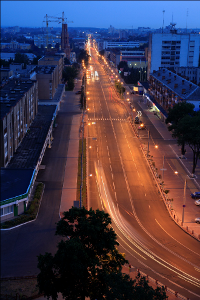 On the night of April 29 in the Bryansk region in four districts of the Bryansk region — Karachevsky, Komarichsky, Suzemsky and Zlynkovsky — power outages occurred as a result of a powerful hurricane, which was accompanied by gusty winds of up to 25 m/s, storm, and heavy rain. IDGC of Centre —Bryanskenergo division introduced high alert operation mode due to the weather conditions. Despite the night-time employees of the branch immediately started to eliminate the consequences of the failure, caused by the bad weather.