October 14, on the Single Day of Voting, IDGC of Centre introduces high alert 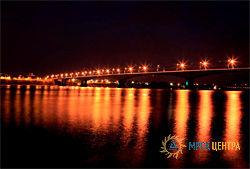 In order to ensure reliable power supply of polling stations IDGC of Centre is implementing a set of organizational and technical measures.

At all polling stations specialists performed an unscheduled inspection of electrical installations which supply power. From October 12, all scheduled repair work has been suspended, leading to a weakening of the supply scheme. Measures were also taken to enhance fire safety and organize clear communication with fire stations. Communications functioning and emergency calling of law enforcement authorities was checked.

All Districts of Electrical Networks, which are involved in the election campaign, are provided with redundant power supply sources and their application schemes.

Both technical services of the company, and service structural units of IDGC of Centre will work in the increased responsibility mode. The Contact Centre has increased twice the number of operators that around the clock can receive calls from citizens via the Direct Power Hot Line at  In addition, there is the capability of an extension dialing number, which for the polling stations will be serviced as a priority.