By the Decree of the President of the Russian Federation Vladimir Putin on August 8, 2012 several employees of IDGC of Centre were given state awards.

For his contribution to the development of the fuel and energy complex and the many years of hard work the title “Honoured Power Engineer of Russia” was given to Electrician of Novooskolskiy DEN of IDGC of Centre — Belgorodenergo division Vladimir Kovalev, Electrician of Northern Section of power lines Service of high-voltage network Office Ilya Bashkatov and Veteran of Belgorodenergo Vasily Kotenev.

The experience and professionalism of Vladimir Kovalev and Ilya Bashkatov give reason to consider them among the best electricians of the company. They are, without regard to personal time, took an active part in the construction and reconstruction of high-voltage substations and power lines. On weekends, and often at night, in the crews performed the elimination of faults on power lines during adverse weather conditions.

Veteran of Belgorodenergo Vasily Kotenev for many years of work had to participate not only in the work on the power lines and substations in the region, but also in restoring electricity supply for residents of the Moscow region, having interrupted with the “freezing rain” in late 2010 — early 2011. As part of the mobile crew Vasily worked as machinist of PS-28E, strictly and correctly performing the task of clearing ROWs along power lines, working for 20 hours. For young people Vasily is a model in achieving these goals. He trained many generations of newcomers to the profession as a mentor.

Mikhail Fedyanin, Electrician to repair overhead power lines of IDGC of Centre — Lipetskenergo division also awarded the honorary title “Honoured Power Engineer of the Russian Federation”. Mikhail made a great contribution to the development of the distribution grid complex of the Lipetsk region. He has been working at Lipetskenergo for 27 years. In the service area of ​​hiss operation and maintenance crew there are more than two thousand kilometers of 35/110 kV lines. He is a master of all types of maintenance and repair of overhead power lines.

By the Russian presidential decree the honorary title “Honored Power Engineer of Russia” was given to two employees of Smolenskenergo: Electrician Vladimir Guzhelev and Chief of Velizhsky District of Electrical Networks Nikolay Bakalov. 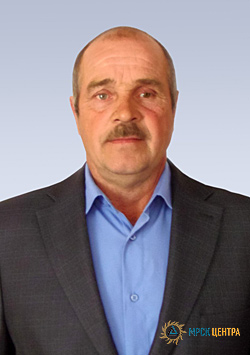 “Vladimir Guzhelev — a highly skilled worker, initiative, with dedication and high professional qualities — his colleagues note. — The crew with his direct participation in  constructed 15 and renovated 32 transformer substations, 15.7 km of cable lines, constructed 14 sections of new cable lines, installed more than 500 power points with modern self-supporting insulated wires. This year alone, he personally went over 3,000 kilometers, checking the status of each element of the distribution grid sector”. The given award — the second in the merit collection of Vladimir, before he was awarded the title “Honoured Power Engineer”.

Nikolay Bakalov has gone from an electrician of a hire and repair shop to Head of high-voltage network. Since 2001 he has been heading Velizhsky DEN. Under his leadership over the past five years 20 substations and over 40 kilometers of overhead lines were upgraded or replaced for new. As a result of the measures taken the reliability of power supply of the population and socially important facilities improved significantly. The crew managed by Nikolay in 2009 installed a street lighting network with energy-saving lamps in Velizh. 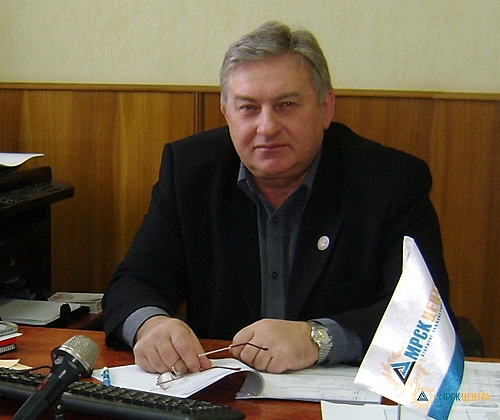