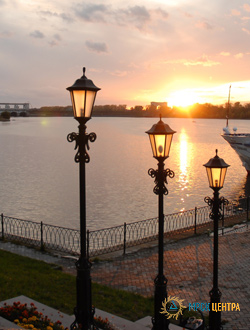 August 31, 2012 the city of Rostov the Great in the Yaroslavl region, one of the oldest cities in Russia, will celebrate its 1150th anniversary — the considered date of its establishment is 862.

Named the Great for its influence, Rostov has always had great significance in the spiritual, political and economic life of Russia. Since ancient times the city has been also called “the cradle of Christianity”. By the Decree of the President of the Russian Federation, Rostov the Great was included in the constellation of five cities that will become centers of the 1150th Anniversary of Russian Statehood.

“The city should be represented with dignity, — emphasizes Governor of the Yaroslavl region Sergey Yastrebov. — As on August 31 we are celebrating not only the 1150th anniversary of Rostov — we are celebrating the 1150th anniversary of the Russian Statehood. And it gives the festivities even greater scale. The Jubilee of Rostov the Great — a landmark event”.

Power engineers of IDGC of Centre are making significant contribution to the preparation and holding commemorative activities of the celebration. In the year of the 1150th anniversary the company’s specialists are performing grid connection of a new stadium and reconstruction of street lighting.

One of the major events to mark the anniversary of the ancient city — modernization of the sports complex “Spartacus”. Just in the coming days a new center stand will open here, which accommodates up to three thousand people, a fitness center with rooms for practicing Greco-Roman wrestling, tennis, dancing, sports, and a room for music concerts is being built. To do this, Yaroslavl power engineers are constructing a new transformer substation, performing reconstruction of high-voltage lines, connecting the complex to the transmission line. 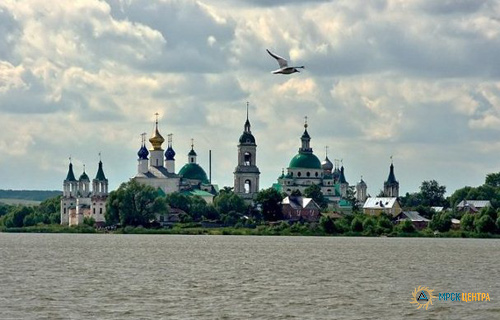 The specialists of IDGC of Centre — Yarenergo division are also reconstructing street lighting in Rostov. The work on six main streets of the city has already been performed. In total power engineers have installed 140 lighting fixtures and more than 6 km of self-supporting insulated wire. At the moment the installation of decorative street lighting in the historic part of town, near the Kremlin, is being performed. In the area of the architectural monument of the Stone Bridge LED lights have also been installed. Another facility of the street lighting program is a stadium located in the premises of gymnasium named after A.L Kekin, the oldest educational institution and a monument of architecture of the beginning of the XX century. Here the company’s power engineers are installing modern energy-efficient lighting fixtures.

The street lighting modernization program in Rostov the Great provides for the implementation of a modern automated control system (“smart” lighting), which lets you use lamps per phase modes of operation, remotely control lighting the streets to a predetermined schedule, perform telecommunications control of networks and street lighting equipment, as well as meter energy consumption. The application of this system lowers costs by 10% for the operation of outdoor lighting networks, and it will reduce the amount of energy consumption by