The professional skills competition of crews of electrical equipment diagnostics services of IDGC of Centre finished. On July 26, 2012 a closing ceremony was held in the premises of the substation “University” of IDGC of Centre — Lipetskenergo division. 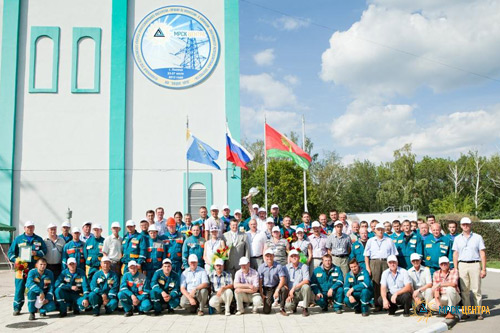 The ceremony was opened by Deputy General Director for Technical Issues — Chief Engineer of IDGC of Centre Sergey Shumakher. “These competitions were held for the first time, but we can already say that this experience was a success. It brought together the best teams, which had gone through the most difficult preliminaries in their branches. There are no losers!”- he said in his opening speech.

During four days 11 teams of branches of IDGC of Centre defended the right to be the best in the six stages of the competition.

As a result of the intense competition with a score of 1048 points out of possible 1120 the winner was the team of IDGC of Centre — Belgorodenergo division. Challenge Cup of IDGC of Centre was presented to Acting Deputy Chief Engineer of Belgorodenergo Sergey Reshetnikov. The winners also took the grand prize of the final competition — the portable analyzer of dissolved gases in transformer oil “Transport-X”. By decision of the trade union organization of IDGC of Centre all members of the winning team were also awarded free trips to rest. 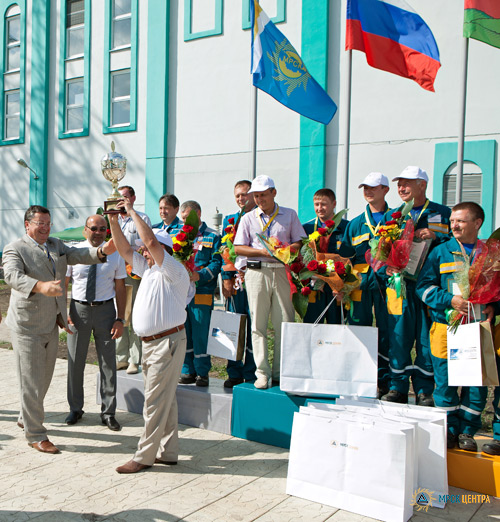 The leader of the winning team Alexander Chumachenko noted: “Any victory is made up of three components: commitment, desire to win and, of course, high professionalism. All this happened to be in our team. The tasks were very difficult, but we have them almost every day in our daily work”.

Second place this year was taken by the team of Kurskenergo, being only 74 points behind Belgorodenergo. The team of Orelenergo also demonstrated high professional level and competitive spirit. Their result — 972 points.

As a result of tests the “Best in Profession” was Electrician for testing and measurement of IDGC of Centre — Belgorodenergo division Alexander Mekhved, who with his team will represent the company at the federal stage of the competition in September this year in Astrakhan.

The best engineer with the right to test high voltage equipment was Sergey Kolkov, Leading Engineer of Klintsovsky site of diagnostics Service of IDGC of Centre — Bryanskenergo division.

The trade union of IDGC of Centre also awarded special prizes to the competitors. “The competitions of diagnostics crews were held for the first time, and therefore, those who took part in them, have entered into the corporate history. First are always the first! — stressed Victor Ablezgov, Chairman of the trade union organization of IDGC of Centre. — The victory, of course, is important, but the main purpose of the competition and their meaning — to learn to work better, to get to know the best practices of others. In the end, all win — this is the main result!” 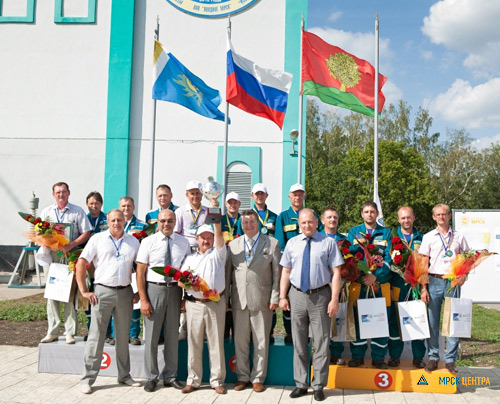 A diploma and commemorative gift to the trade union nomination “For the professional dedication” — the longest seniority in office — was awarded to Chief of the Eastern site of diagnostics service of Orelenergo Alexey Leontyev, whose experience in the energy sector is over 29 years. The winner of the contest “Best knowledge of electrical engineering” was Electrician for testing and measurement of Tverenergo Igor Faizullin. The youngest participant in the competition was Yury Chernobylov, Electrician for testing and measurement of Zherdevskogo site of diagnostics service of Tambovenergo — winner in the nomination “Hope of Energy”.

During the solemn closing ceremony of the competition Electrician for operation of distribution networks of Dankovsky DEN of Lipetskenergo Alexander Volkov was also awarded. According to the decree of the President of the Russian Federation for his merits in the field of energy and many years of hard work he was awarded the honorary title “Honoured Power Engineer of the Russian Federation”.