In the city of Belgorod in the Belgorod State Philharmonic Hall a solemn meeting was held devoted to the Power Engineers’ Day and the 50th anniversary of the Belgorod power system. The event was attended by representatives of the regional government, management of IDGC of Centre and staff of IDGC of Centre — Belgorodenergo division, veterans and heads of utilities of the region. 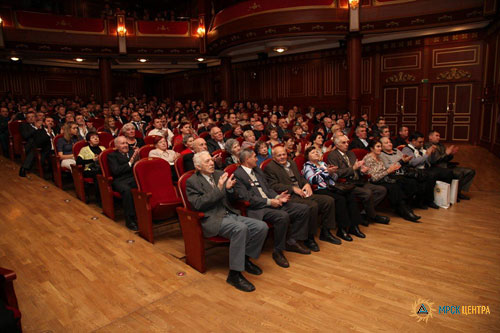 Head of Department of Economic Development of the Belgorod region Alexander Levchenko, congratulating the power engineers on their professional holiday, said: “Belgorod region implements a number of projects, which became the basis for shaping the country’s food security. And all the facilities that are constructed within these projects have their power supply in full. In the region there is never a question related to power supply, and it is a merit of the Belgorod power engineers. To give people the light and heat is the purpose of power engineers, and they do their job with dignity”.

This year, the Belgorod power system marks its anniversary: 50 years ago, on October 1, 1961, as part of the Belgorod Soviet Economic Council a self-financing district energy office “Belgorodenergo” was established, which consisted of the Belgorod Central Power Plant with a capacity of 30 MW, Gubkinskaya CHP with 61 MW and High Voltage Electric Grid Company. From that point for half a century the power system provides the development and prosperity of the region.

Deputy General Director of IDGC of Centre — Belgorodenergo division director Victor Filatov, congratulating his colleagues noted that in many ways 2011 was a success. The number of technological connections and requests of residents for additional services has increased. There are more than 14 000 applications from individuals and legal entities for connections to the electric grid of the division. This indicates that the region is developing, new businesses are set up, the volume of construction grows and power engineers, in their turn, provide the necessary reserve capacity. 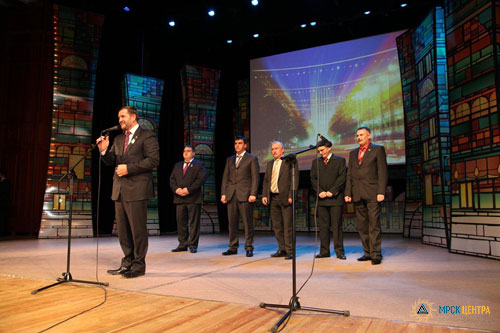 According to Victor Filatov, the main achievement for the Belgorod power system for 50 years of its existence lies in the fact that the overall electrification of the Belgorod region was completed: “And our task for today is to renew and reconstruct what was once constructed, on the one hand and on the other to make the development of the utilities industry in line with modern requirements of the regional economy so that the electrical grid complex would develop by two or three years faster than industry and agriculture”.

The biggest investment this year was the reconstruction of the substation 110 kV “Chemicals plant”, which will supply reliable power to Belgorod sapphires plant “Moncrystal” and the majority of consumers of the town of Shebekino. For consumers of the regional center the reconstruction of the 110 kV “Belgorod” is very important, which feeds social and industrial facilities of the city. The 35 kV substation “Dredge” was retrofitted that supplies electricity to a hotel complex and the adjoining districts of individual housing construction. In fact, these facilities were constructed anew since the previously in operation equipment had been almost completely removed by specialists, replacing with modern one. As part of the target program to improve the reliability power engineers of IDGC of Centre retrofitted 27 high-voltage substations in the region that have high-efficiency equipment installed.

This year, the power engineers continued implementing modern energy efficient technologies. With their American counterparts in San Diego this year a memorandum of understanding was signed, that was another step in the framework of agreements of Presidents of Russia and the U.S. to strengthen cooperation in energy field.