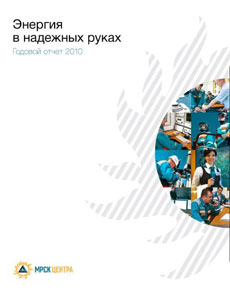 Annual Report of IDGC of Centre took first place in the XIV Annual contest for annual reports, organized by CJSC «MICEX» and OJSC «RTS» and was nominated «Best Annual Report: non-financial sector» in the contest of annual reports of «Expert RA». The web site of IDGC of Centre was also named best in the category «Best company web site design and navigation» at the XIV Annual Federal Contest of annual reports and websites, conducted by RCB magazine.

November 18, 2011 the results of the XIV Annual Contest for annual reports, held together by CJSC «MICEX» and OJSC «RTS», were reviewed. The Contest Committee, comprising representatives of the MICEX and RTS, PARTAD, NAUFOR and FSFM of Russia and others, conducted an analysis of annual reports of over 140 Russian and foreign companies — representatives of various economic sectors and identified winners in 17 nominations.

Annual Report of IDGC of Centre for the year 2010 won first prize in the nomination «The best information disclosure in the annual report of companies with market capitalization from 10 to 100 billion rubles».

The results of the contest of annual reports also were reviewed at the Eighth Annual Conference «Annual Report: Experience of leaders and new standards», organized by the rating agency «Expert RA».

The jury, composed of representatives of «Expert RA», the State Duma, RID, NFA, the Association of Managers, the Association of Regional Banks, All-Russia Public Opinion Research Center and other organizations, has selected 10 companies-nominees of the contest. The final three in the category «Best Annual Report: non-financial sector» included the reports of the following companies: OJSC «Acron» (winner), IDGC of Centre, JSC and OJSC «NK «Rosneft». 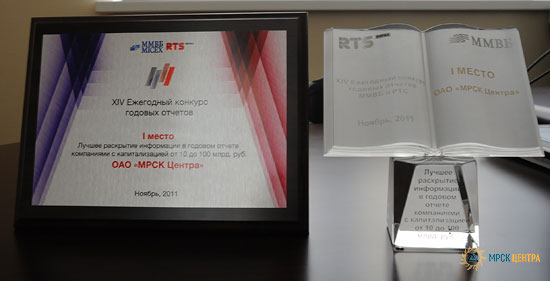 The website of IDGC of Centre also won first place in the XIV Annual Federal Contest of annual reports and websites, conducted by magazine «Securities Market» (RCB) in partnership with the Federal Service for Financial Markets (FSFM). The Company won in the contest nomination «The best company website design and navigation».

The quality of corporate reporting is one of the most important components of the Company’s image, its position in front of investors and participation in contests can publicly confirm achievements of IDGC of Centre in this field. The Company strives to meet the best international practices of information disclosure, increasing the investment attractiveness and compliance with international standards for consolidated reporting. The high estimate of the Annual Report of IDGC of Centre confirms the effectiveness of approaches used by the Company in interaction with Investment Banking professionals and shareholders. 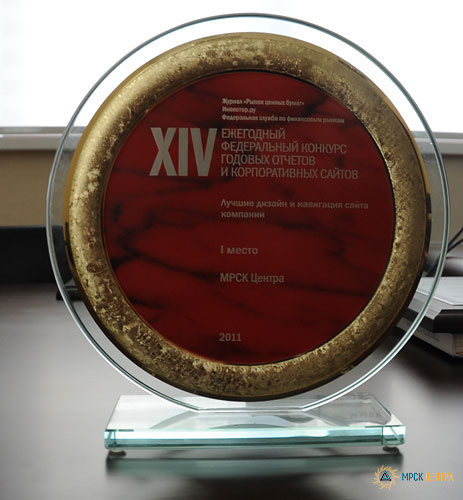