IDGC Holding is developing Grid infrastructure of the Tver region

September 28, 2011 IDGC Holding, JSC and the Government of the Tver region signed an agreement to ensure reliable power supply and create the conditions for technological connection of consumers. The document was signed by General Director of IDGC Holding Nikolay Shvets and Governor of the Tver region Andrey Shevelev. 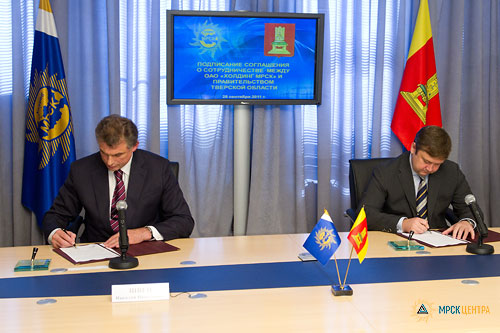 The agreement is aimed at stimulating construction, reconstruction, technical upgrade and proper operation of facilities of the electric distribution grid infrastructure of IDGC of Centre — Tverenergo division.

According to Nikolay Shvets, binding agreements reached in the Agreement — this is a major breakthrough in cooperation of IDGC Holding, IDGC of Center and its division “Tverenergo” with the authorities of the region. “Represented by the new authorities of the Tver region IDGC Holding has got a reliable partner, in collaboration with whom we hope to resolve the existing problems (such as accounts receivable of energy retail companies), and I am sure to progress in addressing design and implementation of plans and programs for development of the power industry in the region, providing quality and reliable electricity supply to consumers ”, - stressed the head of IDGC Holding.

“Economic and social development of the region is impossible without a stable electric grid, — said Andrey Shevelev. — Welcoming the intention of IDGC Holding on an ambitious investment program in the Tver region, we, for our part, take the obligation to ensure 100% payment for electricity by consumers in the region, as well as to asist the energy sector in the event of force majeure.” 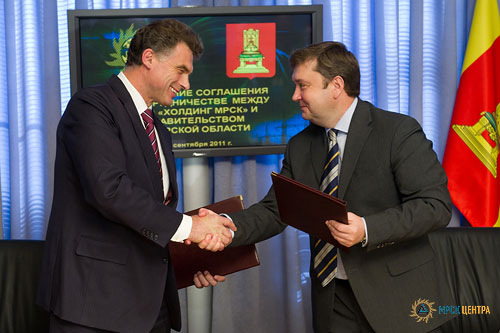 In the framework of the cooperation the Government of the Tver Region intends to take the necessary measures to prolong the first long term tariff regulation of “Tverenergo” by return on invested capital (RAB-regulation), as well as to compensate for shortfall in income of the division, created as a result of approval of tariff decisions for in violation of the parameters of RAB-regulation. The regional authorities are ready to promote the inclusion in the tariff for electricity transmission of means on credit reimbursement of IDGC of Centre, as well as shortfall in income of “Tverenergo” from connecting privileged categories of consumers.

Considerable attention in the Agreement is paid to ensuring 100% payment for services of “Tverenergo” and elimination of debt of the regional electricity supply companies. In particular, we are talking about the assistance of the Government of the Tver region in securing payment for electricity from various consumer groups (including budget), the organization of control headquarters to secure power supply to address the issues of settlements among utilities, as well as the settlement of the disputed amount and the restructuring of overdue receivables of retail companies.

The signed document is also intended to promote the consolidation of electricity distribution networks in the region based on “Tverenergo”. The Parties agreed to jointly develop a program for integration of grid assets, identification of “ownerless” networks and include them on books of “Tverenergo”.

IDGC Holding, for its part, will contribute to ensuring reliable and quality electricity supply of consumers in the Tver region (including during the autumn-winter period), promptly communicate with the authorities in the region on emergency situations, participate in creating a single information center in terms of functioning of the Power Companies and Utilities of the Tver region, as well as promote synchronization of commissioning facilities of “Tverenergo” and other participants in the electricity market.

The investment program of IDGC of Centre — Tverenergo division for 2011 is 1.177 billion rubles that assumes the implementation of 4 MVA transformer capacity and the construction of 273 km of power lines. The planned volume of ROW clearing along overhead power lines (OPL) in the Tver region in 2011 is about 7 hectares (for today, 5.5 ha has been cleared). 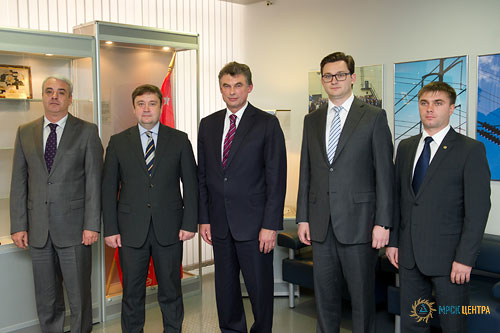