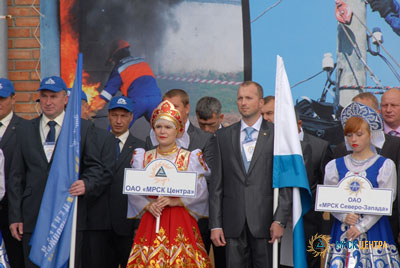 The team of IDGC of Centre consists of five members. The team is headed by Deputy Director on technical issues — chief engineer of IDGC of Centre — Belgorodenergo division, Dennis Yagodka. The team also includes a foreman, Kyrill Zverev, an operator, Vyacheslav Elisov and two experienced electricians, who operate distribution grids — Alexey Kovalev and Oleg Miroshnichenko. This team twice won 1st place in regional and interregional competitions on professional skills in May and July 2011, having showed high willingness to act professionally in all difficult situations and received the honorable right to represent the company at the All-Russian competitions of IDGC Holding. 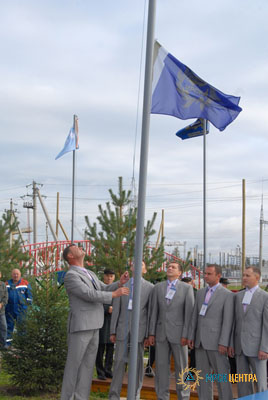 «Participation in such major competitions — not only a great honor and great responsibility — said the crew foreman, Kyrill Zverev — but also the opportunity to learn new things, share experiences, submit new devices to the judgment of colleagues, which we use in our daily work and that facilitate and accelerate our work.»

In the first phase the knowledge of regulatory and technical documents by the participants will be tested, in the second one — to free an injured person with electric shock on the anchor-angle pole of 10 kV overhead power line (without the use of a lift car) and gave first aid to a dummy named Gosha. In the third stage power men will repair wires of 10 kV overhead power line with the installation of an oval connector, in the fourth — they will replace the 0.4 kV entry cable made of bare wire into a building for an insulated self-supporting wire with the installation of the setting tool on a wooden pole, and will assess the state of the 0.4 kV wooden and reinforced concrete poles. The fifth stage involves measuring loop resistance «phase-zero» on a 0,4 kV overhead power line and replacement of a LV switch at a package transformer substation with the selection of its parameters. In the sixth stage the electricians will extinguish fire in a bay of the 10/0,4 kV transformer substation. The out-of-competition stage — the psycho-physiological testing — is being offered on a voluntary basis.

The Head of Technical Inspection Department of IDGC of Centre, Oleg Rochagov, said: «There no weak teams at this level of competitions by definition. It brought together professionals from different regions of our country. These events demonstrate, maintain advanced innovative methods of work, and as a result allow the teams to adopt positive experience and promote it in their units, thereby maintaining and improving the skill level of their working teams.»

The teams that will take prizes at the All-Russian professional skills competitions will be awarded with certificates and diplomas. In addition, the following winners will be determined in the main category «Best in the profession» and in additional nominations «The youngest participant» and «The most experienced participant», in the team category «Will to Win», in the nomination «Best referee team» and «Best video.»