⁠The Department of Housing and Utilities, Housing Policy and Construction of the city of Tver referred to the branch “Rosseti Centre Tverenergo” with a request to assist in the restoration of power supply to urban consumers on Lukin Street, powered from a subscriber’s transformer substation that does not belong to the Tver branch of Rosseti Centre.

Tverenergo immediately responded to the appeal of the City Administration. A crew of the branch was dispatched to the place where the technological violation occurred.

Consumers of residential buildings were promptly powered according to a temporary scheme from a backup power supply source connected by the branch “Rosseti Centre Tverenergo”.

The branch’s employees consistently identified a number of damages to the cable line supplying the subscriber’s substation, which also does not belong to the branch “Rosseti Centre Tverenergo”, while the cable itself was in an unsatisfactory technical condition. The fault location was complicated by the fact that the plan for the passage of this cable line along the route was not provided to the employees of Tverenergo’s crew. In addition, the cable line route passed through the territory of several economic entities.

To carry out restoration measures, in agreement with the owners of the aforementioned plots, the power engineers carried out a complex of preliminary land works with the opening of soil and asphalt pavement.

All work was carried out by Tverenergo’s specialists in an uninterrupted mode without breaks at night.

After completion of all repair work and elimination of damage, the power supply to consumers was fully restored.

The case when power engineers provide assistance in carrying out emergency recovery work is not an isolated case for “Rosseti Centre Tverenergo”. As a branch of a socially responsible grid company, Tverenergo repeatedly came to help restore power supply to grids not belonging to Rosseti Centre. 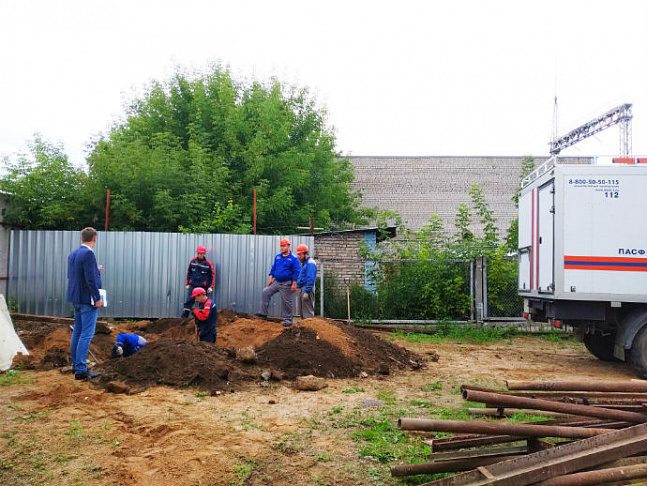