Specialists of the branch “Rosseti Centre Smolenskenergo” in the first half of 2020 connected 9 agricultural facilities to grids. The total connected capacity was 953 kW.

Two facilities of CJSC Troparevo were connected. To provide power supply to a feedlot for animals in the Sychevsky district, the branch’s specialists constructed a 10 kV overhead line. The maximum power provided to the facility was 140 kW. The facility is a complex for acceptance and processing of grain, which specializes in growing grain crops to provide a feed base for pig breeding complexes located in the Smolensk region. It was built as part of the investment project of the Smolensk region “Project for the construction of a feed mill with an elevator”.

At the end of June, the power engineers completed the grid connection of the Troparevo dairy plant in the Khislavichsky district with a capacity of 318 kW. Considering the high social and industrial importance of the agricultural facility under construction, Smolenskenergo’s specialists completed the construction of the power grid infrastructure for the facility to be connected ahead of the planned timeframe stipulated by the terms of the grid connection agreement. The expected social effect is the creation of new jobs.

In addition, a feedlot was connected and the area of ​​the processing workshop of KROL and K LLC in the area of ​​the village of Tokarevo in the Gagarinsky district was increased, with a maximum power of 150 kW. The company is the largest full-cycle pedigree industrial complex in Russia, operating according to advanced European technologies. For power supply of the facility, two 10 kV overhead lines were constructed with a length of 1.3 km and 1.1 km. On the basis of the new feedlot, it is planned to keep 15.8 thousand head of parent livestock and more than 1 thousand head of nucleus stock.

Also, in the first half of the year, the power engineers completed the grid connection of two borehole pumps of Bryansk Myasnaya Kompaniya LLC in the Roslavlsky and Khislavichsky districts, which will allow irrigating crops. And in the Demidovsky district, a grain storage warehouse was connected.

It should be noted that grid connection is one of the priority directions of the branch’s activity. Fulfilling the obligations on grid connection of agricultural enterprises, the branch thereby contributes to the increase in the competitiveness of local industries, makes a significant contribution to the socio-economic development of the region and contributes to increasing its investment attractiveness. 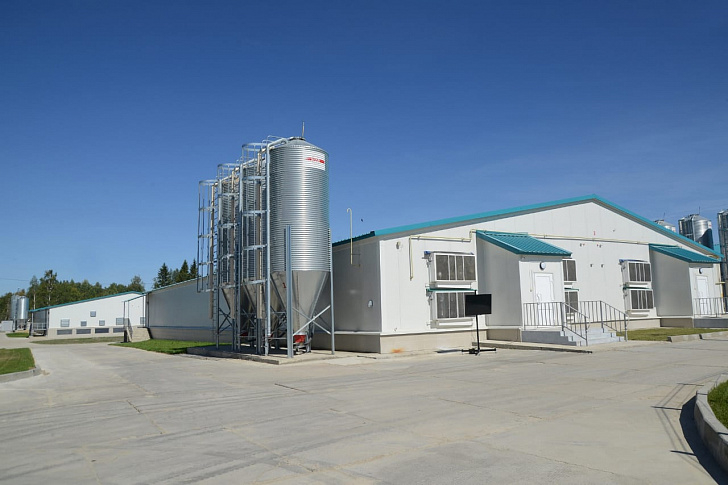