The branch “Rosseti Centre Lipetskenergo” continues to struggle with non-metered and non-contractual energy consumption. During the first half of the year, experts from Distribution Zones, the electricity metering department and the security unit of the enterprise checked more than 11 thousand metering devices for consumers in the Lipetsk region. 727 facts of illegal consumption of electric energy were revealed. The total amount of stolen resources was about 16 million kWh, the amount of damage exceeded 54 million rubles.

Power engineers are working to recover it. Statements about the revealed facts of energy theft were sent to law enforcement agencies. At the moment, 113 administrative proceedings have been initiated on them, as a result of the consideration of which 86 people were brought to administrative responsibility.

“One of the ways to steal electricity is the use of the so-called “modified” meters. By purchasing them, consumers believe that misrepresentation cannot be detected. It is with this that the sellers justify the high cost of “modified” metering devices, which cost 5-10 thousand more than conventional ones. However, this is not so - during raids, Lipetskenergo’s specialists easily determine the presence of functions built into the equipment. As a result, violators have to pay for the installation of “thrifty” meters with fines for significant amounts,” stressed Deputy Director for Security - Head of the Security Department Konstantin Zhigulin.

“Rosseti Centre Lipetskenergo” reminds that the legislation of the Russian Federation provides for the strictest punishment for persons who illegally consume electricity. If theft is detected, violators not only compensate for the damage caused to the power grid company, but are also brought to administrative or criminal liability with the payment of a fine. On 9 June 2019, amendments to the Code of Administrative Offenses of the Russian Federation entered into force in Russia, according to which the fines for repeated unauthorized connection to power grids and for repeated unauthorized (non-metered) energy consumption doubled. Now, in such cases, violators - individuals will be required to pay from 15 to 30 thousand rubles, legal entities - from 200 to 300 thousand rubles. Officials can be suspended from activity for a period of two to three years, and they can also be fined from 80 to 200 thousand rubles.

It should also be remembered that conscientious consumers suffer from the criminal actions of energy thieves. Due to theft of energy resources, voltage drops occur in the grid, household appliances fail, the likelihood of power outages and fires increases.

The power engineers urge to report cases of theft of electricity, illegal connection to power grids by calling Rosseti Centre’s Call Centre at 8-800-220-0-220 (anonymous and toll-free call) or through an anonymous feedback form on the official website of the power company. 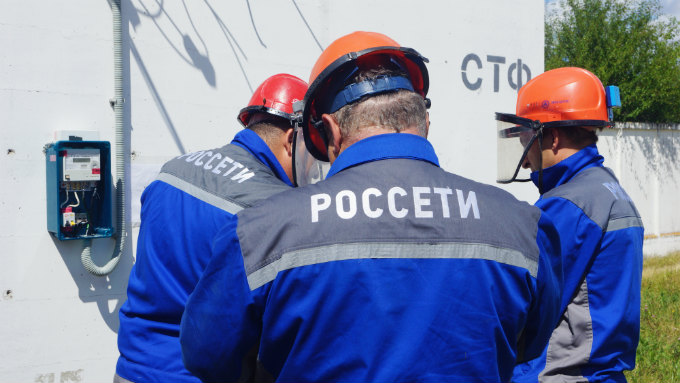